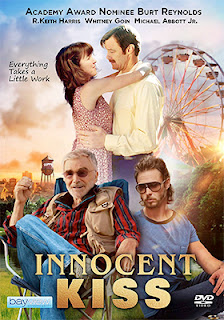 Bayview Entertainment has scored a major DVD release to ring in the New Year.  Yes, it is confirmed that Dec. 31 will be the street date for writer/director Jason Shirley’s Innocent Kiss, which features one of the final on-screen performances of Burt Reynolds.

Reynolds was in preparation for the role of George Spahn in Quentin Tarantino’s Once Upon a Time in … Hollywood when he died suddenly of a heart attack.   Sad.

Filmmaker Jason Shirley got to work with Reynolds in 2016 on his film titled Elbow Grease, which opened at the Sarasota Film Festival in April of that year.   It was perhaps rushed into completion and even though audiences responded well, Shirley felt that some work was needed and the film was withdrawn from further circulation to be re-cut and re-worked.

Time passed, and as sometimes happens with independent films, they just disappear.   Not so with Jason Shirley’s comedy, true to his word he re-worked it, tightened it up and brought it to the Vancouver Just For Laughs Film Festival in February of this year.   Retitled as Innocent Kiss, it received rave reviews … audiences loved it!!

Bayview Entertainment got wind of Innocent Kiss and now this down-home comedy will finally be available for the public to enjoy … a nice, fun-filled way to ring in the New Year!!! 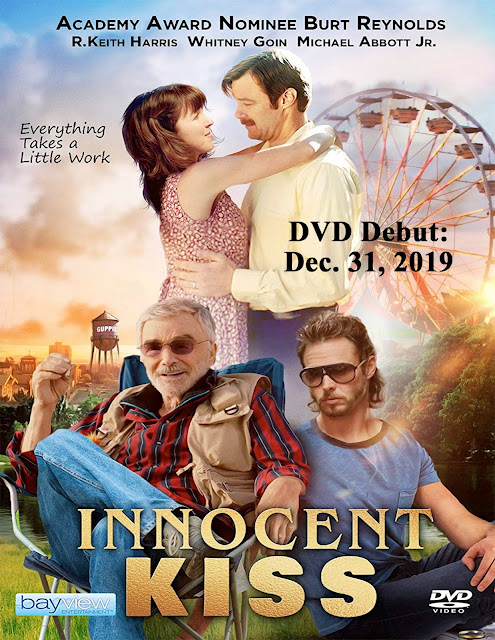