Documentary Filmmaker Kurt Kuenne’s Dear Zachary: A Letter to a Son About His Father - 10th Anniversary Special Edition From Oscilloscope Laboratories On Dec. 17 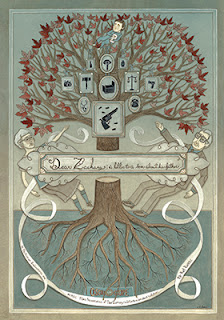 Oscilloscope Laboratories announced this past week that documentary filmmaker Kurt Kuenne’s 2008 documentary, Dear Zachary: A Letter to a Son About His Father - 10th Anniversary Special Edition, will be available on both DVD and Blu-ray this coming Dec. 17.

The true story begins with the murder of Andrew Bagby in November of 2001.   Kurt Kuenne was his friend, since childhood, and when he learned that Andrew had a newborn son, which he fathered with a woman named Shirley Turner, before his death, he decided — as a loving tribute — to assemble old 8mm and 16mm films of Andrew growing up so that his son, Zachary would know who his father was.   He interviewed family and friends … it would be a nice collection of memories for Andrew’s son.

Meanwhile, Shirley became the prime suspect and fled to Canada with Zachary.   Andrew’s parents followed and began court proceedings to gain custody of the boy.   The wheels of justice ground slowly … and Kuenne’s “family album” tribute mutated into an investigation into the death of his friend. 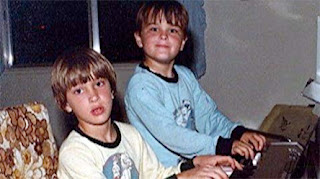 We will not give away the twist here, but it is sufficient to say that Dear Zachary: A Letter to a Son About His Father plays more like a film noir thriller than a loving memory book for a son to view as he grows from child to adult.

Bonus features include updates to the story by filmmaker Kurt Kuenne, extended scenes and additional footage of both Andrew and Zachary.

Email ThisBlogThis!Share to TwitterShare to FacebookShare to Pinterest
Labels: Documentary Filmmaker Kurt Kuenne’s Dear Zachary: A Letter to a Son About His Father - 10th Anniversary Special Edition From Oscilloscope Laboratories On Dec. 17