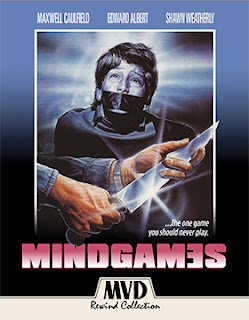 MVD Entertainment Group has a new addition to its MVD Rewind Collection series of Blu-ray releases with the announcement this past week that writer/director Bob Yari’s Mind Games will be released on Feb. 11.

One of the most overlooked films of 1989 — MGM was in the middle of being bought and sold by Kirk Kerkorian to an Italian waiter by the name of Giancarlo Parretti, who, as it turned out, scammed Crédit Lyonnais out of a billion dollars in buying MGM — Mind Games literally got lost in the chaos … and to make matters worse, an old distribution deal with 20th Century-Fox was still in play that saw the film shuffled over to them for a matter-of-course VHS release.   Gone.

Gone, yes, but not forgotten as MVD has become something of an expert in finding these misplaced cinematic treasures and Mind Games will be right at home in the company’s Rewind Collection clubhouse. 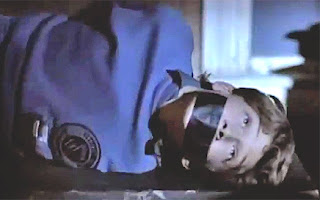 Dana (Edward Albert — Butterflies are Free, Guarding Tess, The Ice Runner) and his wife, Rita (Shawn Weatherly — as Jill on Baywatch), are having a tough go of it, so they decide that a little downtime and a road trip in their motorhome with their son, Kevin (Matt Norero), would be a good opportunity to reset things.

Lots to see and do … and then there’s this encounter, in the woods, on a quite stream, with a young man by the name of Eric (Maxwell Caulfield — Grease 2, The Boys Next Door, Gettysburg), who seems harmless enough.  For reasons that seem a little odd, Dana invites him to join them on their road trip.

If you were sitting in a theatre back in 1989, you were, about this point in the movie, yelling at the screen … NO!    You already knew that things were about to go south and that pretty boy Eric was really a monster — a psychopath — just waiting for a motorhome full of victims to toy with.   And toy he does!! 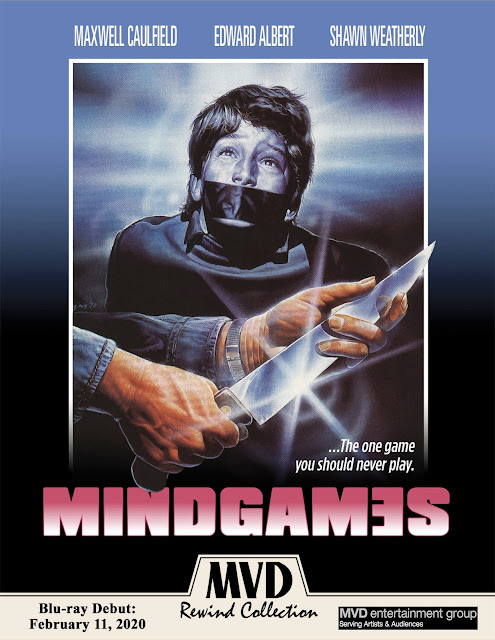