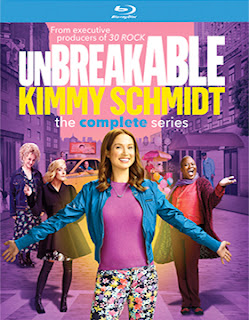 Leading the parade of hits is the Feb. 4 debut — on both DVD and Blu-ray — of Unbreakable Kimmy Schmidt: The Complete Series, played by Ellie Kemper (as Erin in The Office TV series, plus such films as Bridesmaids, 21 Jump Street) who stars as a cult captive who spent 15 years in an underground bunker being told that the world has ended).   Once rescued, she elects to make a go of it in New York City (of all places), rather than return home to Indiana.

With a mixed-matched roommate by the name of Titus (Tituss Burgess — nominated for four Emmys for his performance), who is a Times Square wannabe street performer, she manages to put her life back together.  Carol Kane stars as her screw-loose landlord, while Jane Krakowski is a wealthy socialite who mistakes Kimmy for a nanny and hires her to deal with her 10-year-old son.

All 51 episodes of this comedy series are included in these eight-disc box sets for both the DVD and Blu-ray formats. 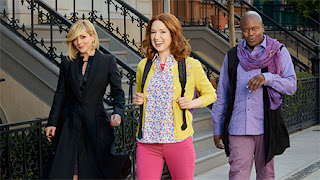 Getting the retro treatment this time out is writer/director Fred Walton’s 1979 horror tale, When a Stranger Calls, starring Carol Kane (Oscar-nominee for Best Actress for her performance in Hester Street, plus two-time Emmy-winner for the TV series Taxi … and who also stars in Mill Creek’s Feb. 4 Blu-ray debut of Unbreakable Kimmy Schmidt: The Complete Series) as a babysitter who must face a deranged killer (played by Tony Beckley) not once, but twice!! 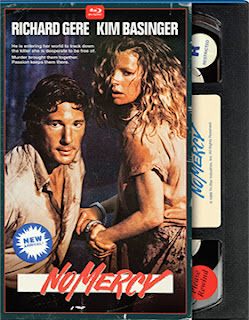 He’s back on Feb. 25!!   Mill Creek Entertainment will bring the fourth installment in the venerable Ultraman television series to Blu-ray on Feb. 25 with the release of the Return of Ultraman … a six-disc set featuring all 51 episodes. 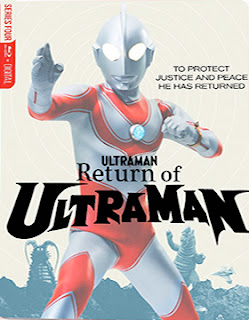 Ultra Seven finished up in 1967 and that was suppose to be the end of the Ultraman cycle, but Japanese audiences loved it and the demand grew and grew until 1971 when a new member to MAT (Monster Attack Force) is brought back to life by “New Ultraman.”   Jiro Dan stars as Hideki Gôh, a famous racecar driver, who sacrifices his life in the opening episode to save a child during a “monster storm” (creature fight) on the streets of Tokyo.    It does not go unnoticed!

Stayed tuned … this is just the first wave of new February Blu-ray and DVD product offerings from Mill Creek Entertainment. 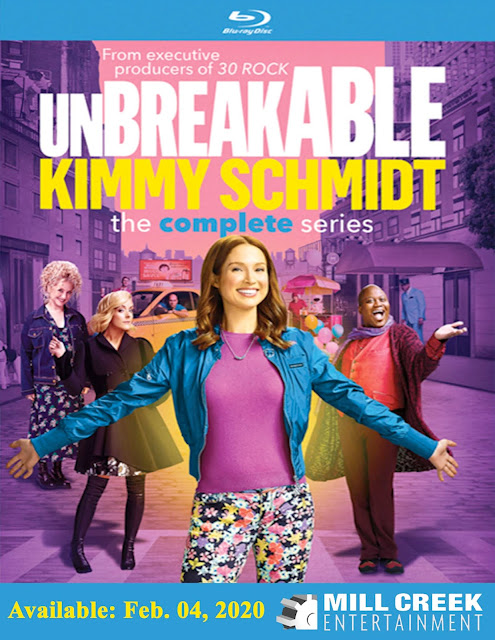