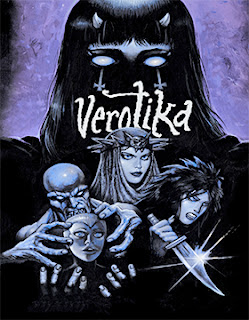 Currently the film, which is based on the “Verotik” line of comic books (adult-themed graphic novels is more like it), is playing in selected venues (and generating amazing buzz in the process) … call them events, if you will, that coincide with the current OG Misfits tour.   The next event will be on Dec. 13 in Philadelphia at the Philadelphia Film Center … New York City on Oct. 18 at the AMC Empire 25 Theatre in Times Square sold out, as did the Sitges Film Festival in Barcelona, Spain.

Indeed, by the time Cleopatra Entertainment delivers Verotika (the movie) to home entertainment marketplace on Feb. 25 it will certainly be a red-hot item among fans and possibly one of the most anticipated Blu-ray releases during the first quarter of 2020.

As to the movie itself, it is, by any standards, a “visual feast,” populated by well-endowed females in analogy segments variously titled “The Albino Spider of Dajette” (showcasing the talents of Ashley Wisdom), “Change of Face” (with Rachel Alig as the “Mystery Girl”) and “Drukija, Countess of Blood” (Alice Haig, aka: Alice Tate) … Kayden Kross is Morella, the hostess of the proceedings (think: Elvira).

The Blu-ray/DVD Combo Pack presentation of Verotika also includes a CD of the soundtrack as a bonus. 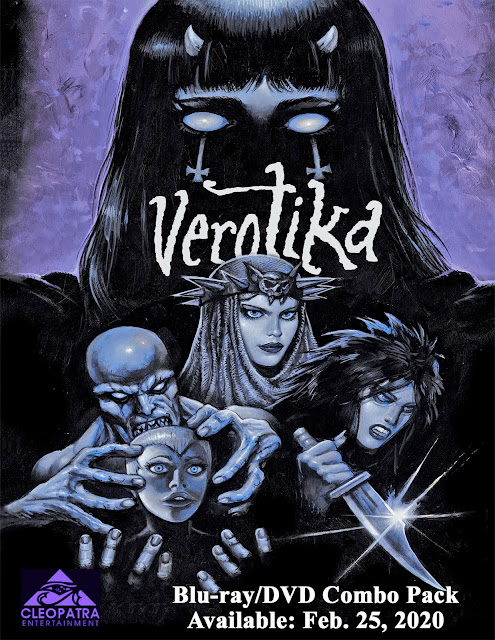