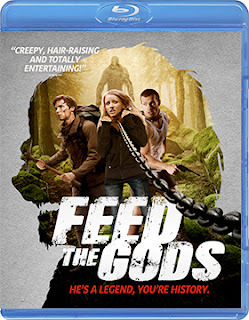 Bleiberg Entertainment, with sales and distribution expertise provided by MVD Entertainment Group, has three films lined up for delivery as both DVD and Blu-ray product offerings on June 22.

It starts off as a simple trip back to Tendale, the place where they were kids, but they didn’t live long there as they ended up with foster parents for some odd reason.  With the recent passing of their foster mom and the discovery of an old videocassette, the two brothers, along with Kris’ girlfriend, Brit (Emily Tennant — Way of the Wicked, Open 24 Hours), decide to head back “home” to discover what happened to their parents.   Simple, right?

Feed the Gods is a creature-feature with a twist … the twist being, the town’s people have struck a deal with what lurks in the woods.   Feed it … and it will leave them alone.   Will, Kris and Brit … are they the yummy meal?

Bonus features include a “Behind the Scenes” featurette. 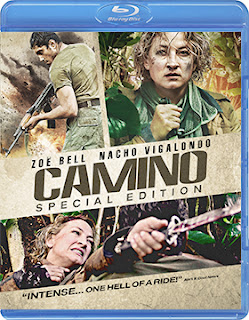 Up next from Bleiberg Entertainment on June 22 is director Josh C. Waller’s 2015 thriller, Camino, starring stunt woman Zoë Bell (The Hateful Eight, Once Upon a Time … in Hollywood, Django Unchained) as Avery, a photojournalist at a crossroads in her life.

Avery has been making great progress in her career.   She’s starting to get noticed, but she is unsure as to her next move, so she decides to take a trip to Colombia to photograph charity volunteers delivering much-needed medicines to remote villages.   This trip will give her time to think!

Things go pretty much as expected at first.  Lots of touching shots of hope and kindness, but one evening Avery follows “missionary” Guillermo (Nacho Vigalondo) into the jungle and sees something that she was not supposed to see.   These good fellows that she has been traveling with are narco-terrorists and now she is on the run, in the jungle … being hunted!!

Bonus features include a three-part “Behind the Scenes” featurette series — “The Shoot,” “The Fights” and “'Electro-Jungle-Western.” 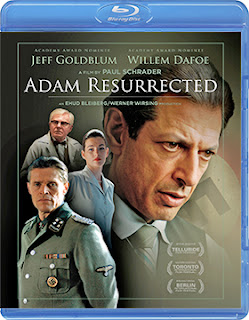 Adam Stein (Jeff Goldblum) survived the Holocaust … not because he was lucky, but because he was a dog.   A pet dog.  The personal pet of Commandant Klein (Willem Dafoe).

Of course, Adam is not a real dog … the war is long-since over, but Adam is in an asylum and it is here, through a series of flashbacks that we come to learn how Adam, an entertainer before the war, came to be Klein’s personal pet in the concentration camp.  It amused Klein and it was Adam’s ticket to survival.  His wife and child were not so lucky … and now Adam searchers for his sanity. 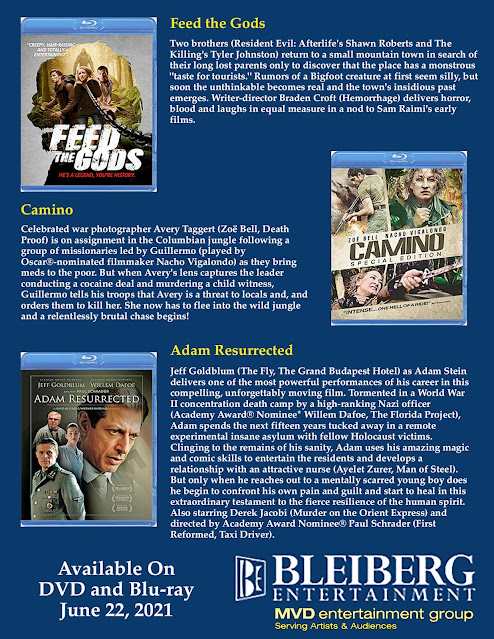 Email ThisBlogThis!Share to TwitterShare to FacebookShare to Pinterest
Labels: Bleiberg Entertainment Preps Three For Both DVD And Blu-ray Release On June 22