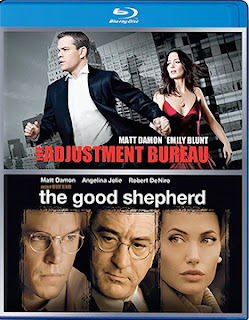 Up first is the Matt Damon Double Feature, which includes director George Nolfi’s 2011 film adaptation of the Philip K. Dick short story titled “Adjustment Team,” which was released theatrically as The Adjustment Bureau.

This sci-fi thriller has failed senate candidate David Norris, who has a passionate introduction to the seductive Elise (Emily Blunt) moments before his concession speech … it is a key moment.   Time passes and a random stranger by the name Harry (Anthony Mackie) is told to bump into Norris and spill coffee on him so that he misses his bus … however, Harry botches the assignment and Norris catches the bus.

There he meets Elise again, gets her number and then arrives at work before he was supposed to … and that’s a problem!!   He finds his co-workers frozen, with strange men moving freely through the workplace … what the hell?   They are from “The Bureau,” and Norris has now seen them and the work that they do.

It seems “The Bureau” has been programming humankind for the last 500 years to maintain order.   Norris was being positioned to be an important person in the world of politics, but now he’s seen too much.   He either keeps his mouth shut or he will be re-programmed!! 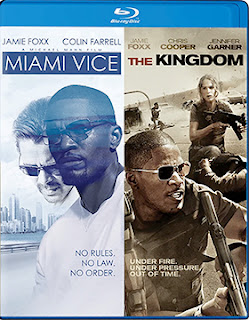 Teamed with this sci-fi thriller is actor/director Robert De Niro’s look at the early years of the CIA, The Good Shepherd, with Matt Damon as a pre-World War II recruit who moves up through the ranks until present day, which is on the eve of The Bay of Pigs invasion in 1961.   Angelina Jolie, Robert De Niro, Alec Baldwin, William Hurt, Joe Pesci, John Turturro and Bill Crudup are part of the all-star cast that De Niro recruited for his film.

The other double-bill Blu-ray release on June 8 from Mill Creek Entertainment is titled the Jamie Foxx Double Feature.

Here we have writer/director Michael Mann’s 2006 updating of Miami Vice, with Foxx as Tubbs and Colin Farrell as his partner Crockett.   With Miami Vice is director Peter Berg’s terrorist tale, The Kingdom, teaming Foxx with Chris Cooper as FBI agents allowed into Saudi Arabia to investigate a bombing.

Of course, nothing is as it seems, with the host country playing a dangerous double-game.   Jennifer Garner and Jason Bateman co-star as fellow agents, 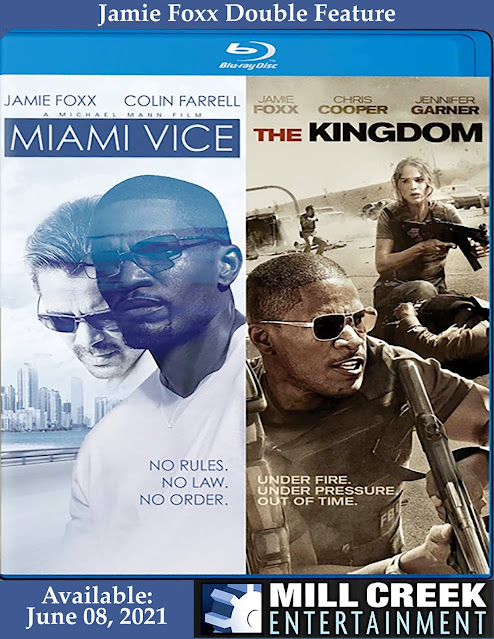 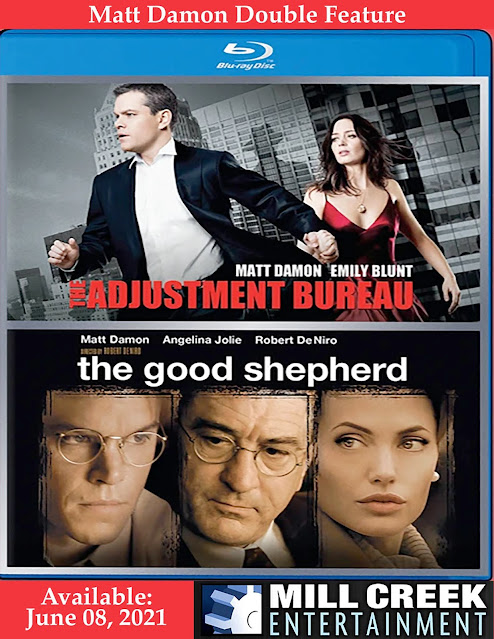