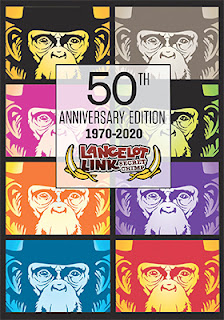 Great secret agents, spies and the like, such as James Bond, Jason Bourne and Ethan Hunt, are not to be monkeyed-with when they are at work fighting terror, organized crime elements and sinister groups who are focused on world domination.

In 1970 there came a new member to this elite circle of secret agents, Lancelot Link (played by Tongo, with the human voice supplied by Dayton Allen — legendary voice artist who starred as Phineas T. Bluster on The Howdy Doody Show, and later as Deputy Dawg from The Deputy Dawg Show … and many, many more theatrical cartoon characters beginning right after World War II).  Link’s work as a secret agent was for the Agency to Prevent Evil (or simply, A.P.E.) and it became the stuff of legends as documented in the series Lancelot Link, Secret Chimp.

The good news, despite the sinister efforts of C.H.U.M.P. (aka: Criminal Headquarters for Underworld Master Plan) to keep the good works of A.P.E. from the public, arrived this past week from the Film Chest Media Group.  A limited edition of all of the Lancelot Link case files will be available as a four-disc DVD collection on May 11 titled 50th Anniversary Edition: Lancelot Link: Secret Chimp. 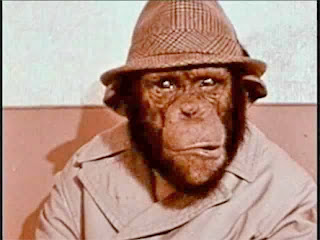 Rumors abound as to the fate of Lancelot Link and the members of A.P.E., but this much we do know.   Link was a gifted musician and a world-class secret agent, who relied on his — what some would say — “natural” instincts in the never-ending battle against Baron von Butcher (voiced by Bernie Kopell — best known as Doctor Adam Bricker on The Love Boat) and his evil minions from C.H.U.M.P.

Film Chest has assembled all 17 episodes from the series, plus a banana-boat full of bonus goodies.   There are video sessions with producer Allan Sandler and music director Bob Emenegger. plud the documentary titled I Created Lancelot Link.  Another bonus is the complete “Evolution Revolution” vignettes culled from the various episodes. 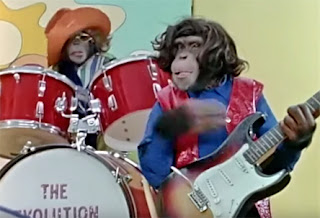 There is also a bonus CD included, which features the 1970 album from the series.

These music-oriented bonus features are perhaps key to the success of A.P.E. in battling C.H.U.M.P. in that they contain the secret codes that Link and the alluring Mata Hairi (played by the lovely Debbie, with the human voice provided by Joan Gerber, who was a prolific voice talent working on over 100 different animated series during her 50-year career) embedded in the various musical numbers played by The Evolution Revolution.

Additionally, there are trading cards, complete episode synopses and more. 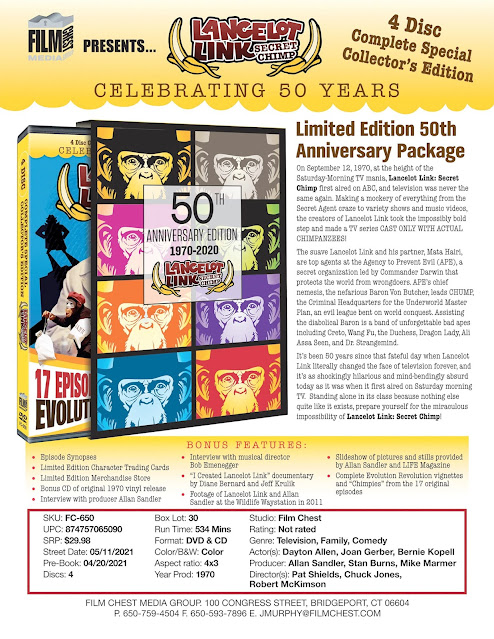