Paramount Announces Rise Of The Guardians And The Guilt Trip 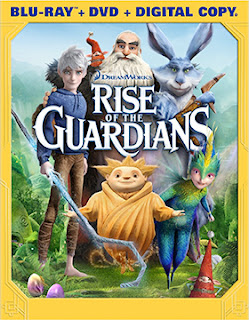 Paramount Home Media Distribution did the perfect one-two publicity move during these past two weeks.   When you have announcements for all sorts of things, the most important thing is not to step all over the news.   Big titles crush little titles, that is just the way it goes.

Last week Paramount announced a series of Blu-ray releases from the film catalog (a nice Star Trek promotion timed to take advantage of the theatrical launch of Star Trek Into Darkness on May 17), plus some KidVid and TV-on-DVD product selections.

With these “little guys” safely tucked away, Paramount was back this week with release news, for not about just one, but two recent theatrical hits making their transition to the home entertainment market place.

Direct Peter Ramsey’s Rise of the Guardians, a beautifully delivered film adaptation of the William Joyce “The Guardians of Childhood” series of books, will be available to own on Mar. 12 as a three-SKU product offering.

The ARR for this DreamWorks Animation production works out to 109 days and the box office take for the film’s run in the domestic market was a nice $100.9 million. 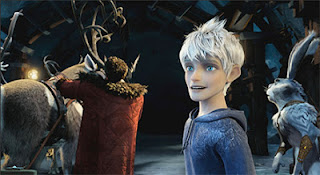 Ignore all that financial scuffling you might have heard in recent weeks about the film’s big budget and the production write-offs that took place over at DreamWorks … that’s just bean counter stuff and it has nothing to do with how consumers will react to the two Blu-ray SKUs (a 3D/2D Blu-ray/DVD Combo Pack and a Blu-ray/DVD Combo Pack) and the stand-alone DVD edition once they reach retailer’s shelves.

That $100 million number for multiplex ticket sales speaks volumes about how theatre-goers felt about the film … and that’s all that matters!

As to bonus goodies, all three SKUs will feature commentary from director Peter Ramsey (his theatrical debut directing effort after building a solid track record as an illustrator and storyboard artist over the past 15 years), who is joined by producers Christina Steinberg (National Treasure, Bee Movie, etc.) and Nancy Bernstein (f/x and visual effects wizard for such films as Star Trek: Nemesis, The Day After Tomorrow, I, Robot, etc.).

Also included on all three editions of Rise of the Guardians are “More Magic” (a collection of printable Easter egg holders and coloring sheets) and two featurettes — “Dreamers and Believers” and “Sandy’s Dream Guide.”

Exclusive to the Blu-ray product offerings are two additional featurettes — “Behind the Magic” (a four-part look at the characters, effects and music) and “The Man Behind the Guardians” — plus two interactive games: “Jack Frost Snowball Showdown!” and “Rock, Paper, Scissors with Sandy.” 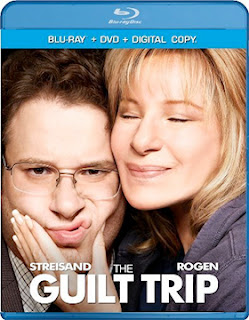 The box office gross came in at $36.7 million and the ARR for that end of April date works out to 130 days.

As the story goes, screenwriter Dan Fogelman (Cars, Bolt, Tangled, etc.) had a road trip from hell with his mother some years ago and decided to put it to paper.   Throw in Rogen (whose humor is infectious) and add the iconic Streisand and you pretty much have the perfect mix for what could indeed be a believable cross country auto trip in which you would not want to be along for the ride (or, maybe not)!

As to bonus goodies, exclusive to the Blu-ray SKU are five production featurettes, deleted scenes, a gag reel and both alternate openings and endings.