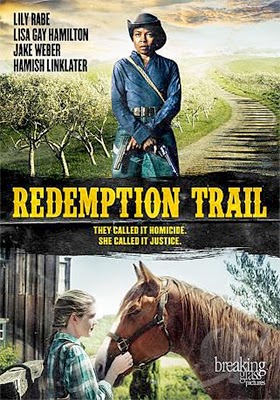 It was revealed this past week that Breaking Glass Pictures has three new-to-DVD releases planned for the month of August.

Arriving at retail on Aug. 12 is writer/director Britta Sjogren’s Redemption Trail, a warm and lyrical tale of two very different, troubled and even broken young women who discover a path to healing by helping each other.

In what plays out in the tradition of a Western motif, Tess (LisaGay Hamilton — Go For Sisters, True Crime), carries baggage of a violent past and has turned to the land (ranching in the Petaluma area for an absentee owner) for peace and solitude.  It is here that she crosses paths with the shallow, suburban and career-minded Anna (Lily Rabe — as Misty Day in American Horror Story), whose upscale lifestyle has come unglued as the result of a family tragedy.   Distraught, suicide is her only option.

The serenity of their surroundings, which serves as a nice visual counterpoint to the very diverse lifestyles that the two have abandoned, gives each a chance to heal emotionally.   But such an idyllically place — seemingly out of time — only exists so long as the outside world doesn’t intrude … and intrude it must! 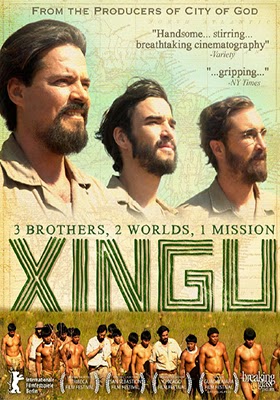 On Aug. 26 look for the DVD debut of Brazilian filmmaker Cao Hamburger’s, Xingu, a filmed-on-location biopic about the Villas Boas brothers and their discovery of the Xingu tribe during the 1940s and the efforts that followed by them to preserve the Xingu’s pre-Columbian culture.

The DVD release of Xingu is presented in Portuguese with English subtitles and includes as the bonus “Making of Xingu” production featurette.

Lastly, Mexican filmmaker Julián Hernández's I Am Happiness on Earth will make its domestic DVD debut on Aug. 19.   In Spanish with English subtitles.