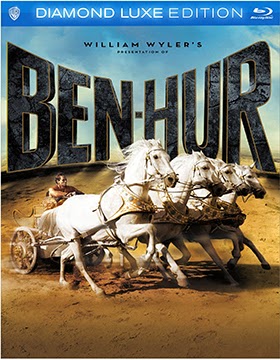 If announcing new releases for home entertainment were governed by football rules, then Warner Home Video might just be whistled for “piling on.”

Not a week goes by — as their dance card is filled in the run-up to the Christmas-selling season — that the studio isn’t front and center with a ton of new DVD and Blu-ray product offerings.   No exception this week!

The big news this week was the launch of the new Blu-ray “Diamond Luxe Edition” line.   Popular and exceptional film vault treasures are getting new hi-def editions with newly-prepared bonus nuggets, which are blended with previously released bonus goodies on both DVD and Blu-ray editions.

Included in this first wave are: Ben Hur (a double-disc set that also include the 1925 silent restoration), Forrest Gump: 20th Anniversary Edition, The Green Mile (with a new documentary titled “Walking the Mile”), Gremlins: 30th Anniversary (features a newly-prepared featurette titled “From Gizmo to Gremlins: Creating the Creatures”) and Natural Born Killers: 20th Anniversary Edition (includes both the original theatrical cut and an unrated director’s cut, plus a new featurette titled “Natural Born Killers: Method In The Madness”). 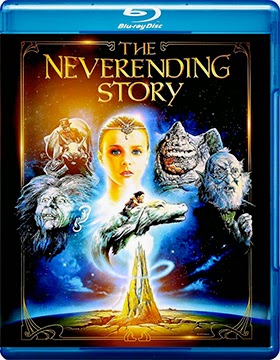 Also from the film vault are DVD editions (slated for delivery on Oct. 14) of The Westerner (1940, directed by William Wyler and starring Gary Cooper and Walter Brennan, who won an Oscar for his performance here Judge Roy Bean) and The Princess and the Pirate (1940, teaming Bob Hope with the like of Virginia Mayo, Victor McLaglen, Walter Slezak and Walter Brennan).