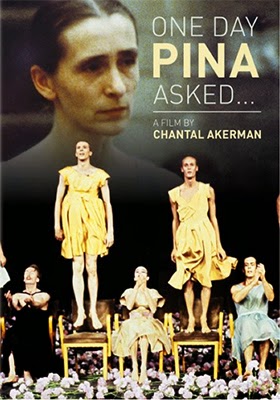 Icarus Films has prepared a smart selection of eclectic films for delivery to the DVD market place during the late-October/November time frame.

This film vault treasure chronicles the creative work of legendary choreographer Pina Bausch over a five week period as Akerman, who is a filmmaker that cannot be easily pigeon-holed (she has an impressive resume of short films, features … and documentaries), set out to follow Bausch and her company of dancers (Tanztheater Wuppertal) as they toured throughout Western Europe and capture on film during this period a snapshot of Bausch’s creative “process.”

For anyone interested in dance or choreography this little-seen arthouse treasure will be a welcome sight on DVD.   Presented in French with English subtitles. 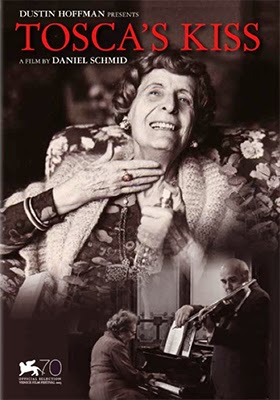 The same holds true for Swiss documentary filmmaker Daniel Schmid’s 1984 film, Tosca’s Kiss.   This little gem was recently restored and re-released theatrically after being MIA for 30 years … and now it makes its way to DVD on Nov. 4 courtesy of Icarus Films.

Back in 1896, famed composer Giuseppe Verdi envisioned a retirement home (an estate) for opera singers and musicians.   Located in Milan, Casa di Riposo per Musicisti has served as sort of a gathering place for kindred souls who have devoted their lives to the arts.   Schmid found this to be a fascinating subject … and indeed it was.

Thirty years later Tosca’s Kiss remains both an insightful look at these “trade people,” their camaraderie and creative “juices” that continue to flow long after their careers upon the stage have faded into memories.

Tosca’s Kiss is presented in Italian with English subtitles.

On Nov. 18, and also in Italian, is writer-turned-filmmaker Stefano Sardo’s look at the anti-fast food movement, Slow Food Story. 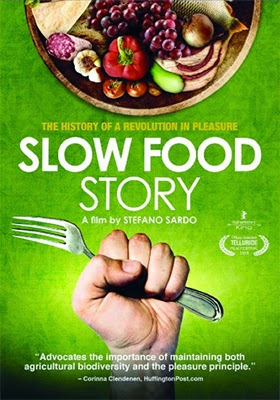 The Luddite’s rebelled against the Industrial Revolution … it was a lost cause.   But Carlo Petrini, the founder of the ArciGola Gastronomic Association (circa 1986) may be onto to something.   With a Burger King, a McDonald’s, a KFC and a Taco Bell on nearly every corner, we’ve become addicted to “fast food.”   And what has it got us?

Slow Food Story is the antithesis … slow down, enjoy; each meal is to be savored.

When Petrini learned that McDonald’s would be opening an eatery within in a stone’s throw of the Spanish Steps in Rome he knew that the invasion was at his doorstep.   His rallying cry is embodied in his famous quote: “Why should an Eskimo eat the same food as an Ethiopian? What will happen to the neighborhood trattoria? Food is as important as language, why destroy our heritage?"   The "Slow Food" revolt was born!

Slow Food Story is presented in Italian with English subtitles.