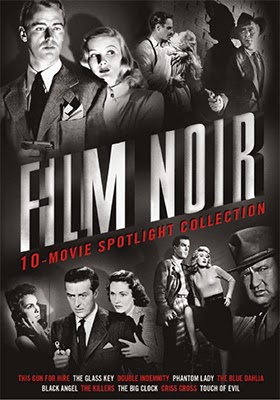 Films such as Touch of Evil (1958, Orson Welles, Charlton Heston and Janet Leigh) This Gun for Hire (1942, teaming Alan Ladd and Veronica Lake) Double Indemnity (1944, Fred MacMurray, Edward G. Robinson and Barbara Stanwyk) and Criss Cross have been available for some time as stand-alone product offerings, but three very important films to any collector’s film noir library have only been available previously as MODs.

Two of these MODs-to-manufactured DVDs are the other two film noir thrillers that teamed Alan Ladd with Veronica Lake.  The first of which is director George Marshall’s 1946 film release of Raymond Chandler’s first mystery written directly for the screen, The Blue Dahlia (he received an Oscar nomination for Best Original Screenplay … losing out to The Seventh Veil — in retrospect that was a mistake, although you could argue that Ben Hecht’s Notorious split the votes with Chandler and The Seventh Veil slipped through).

The second of these MODs-to-manufactured DVDs is director Stuart Heisler’s 1942 film adaptation of the Dashiell Hammett novel, The Glass Key.   Talk about an all-star cast … in addition to Ladd and Lake, William Bendix, Bonita Granville, Brian Donlevy, Richard Denning, Frances Gifford and Joseph Calleia appeared in this tale of corruption, murder and double-dealing. 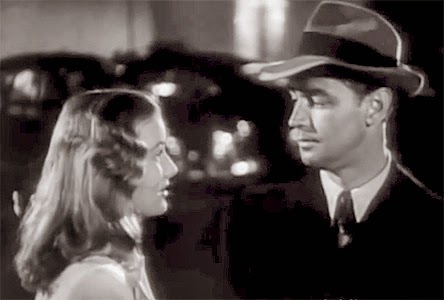 The complete list of films include in this six-disc set are: This Gun for Hire, The Glass Key, Double Indemnity, Phantom Lady, The Blue Dahlia, Black Angel, The Killers, The Big Clock, Criss Cross and Touch of Evil.