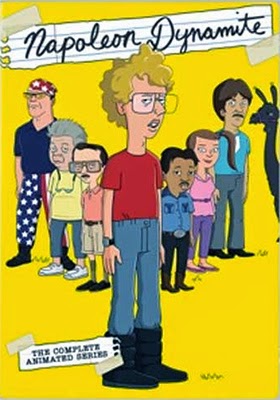 Olive Films, noted for its arthouse and classic film DVD and Blu-ray product offerings has some news for TV-on-DVD series fans this November.

Pick a street-date Tuesday during the month of November and you can count on Olive Films to serve up a fan-pleasing release (or two).   So let’s get right to it with the Nov. 4 DVD debut of Napoleon Dynamite: The Complete Animated Series (all six animated episodes featuring the voice talents of Jon Heder, Efran Ramirez (aka: Pedro), Tina Majorino (the lovely Deb), Diedrich Bader and Jon Gries.

Also on Nov. 4 is the three-disc collection of Touch: The Complete Second Season, starring Kiefer Sutherland as Martin Bohm, a widower with a son who has a special gift.   If you thought the first season was intense … you ain’t seen nothin’ yet!

Nov. 11 brings us the double-disc DVD debut of Dads: The Complete Series, with teams Giovanni Ribisi, Seth Green, Martin Mull and Peter Reigert in a father-son, son-father comedy where the sons are not the troublemakers!

Shifting to Nov. 18, Olive Films has the three-disc collection of the animated series, King of the Hill: The Complete 7th Season … and the month is capped-off by the Nov. 25 DVD release (a double-disc affair) of the sitcom, Better Off Ted: The Complete Second Season, starring Jay Harrington as Ted Crisp, the head of a small research department at the mega-corporation, Veridian Dynamics. 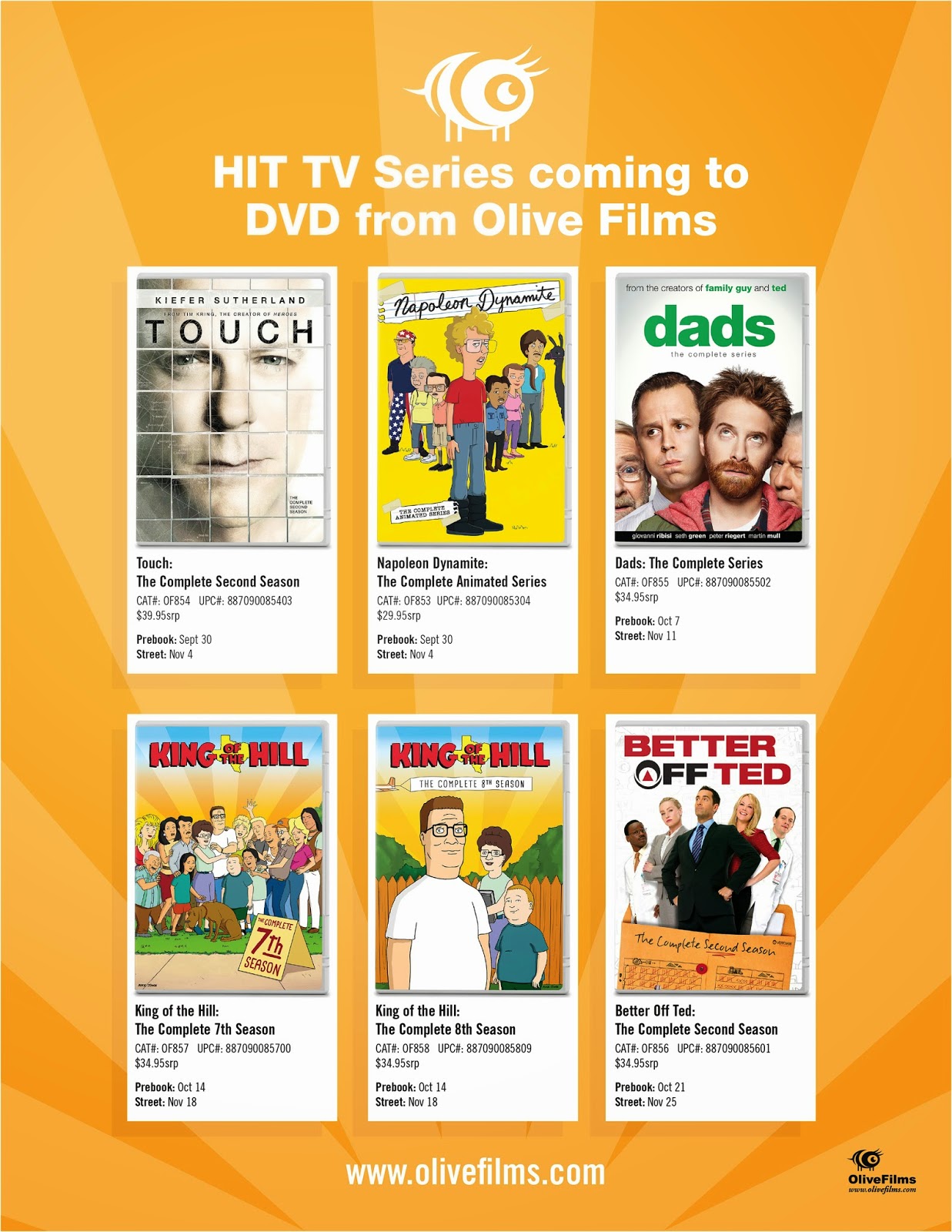 Email ThisBlogThis!Share to TwitterShare to FacebookShare to Pinterest
Labels: DVD and Blu-ray Release Report, Olive Films Readies TV-On-DVD Collections For DVD During The Month Of November