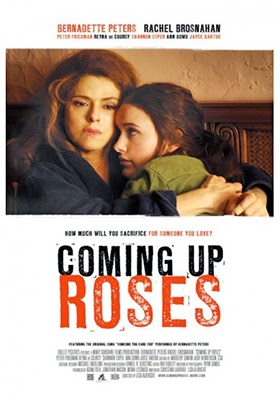 Writer/director Lisa Albright’s Coming Up Roses will be taking a DVD bow on Nov. 4 courtesy of Indican Pictures.

Be sure to have a box of Kleenex handy for this little gem teaming Bernadette Peters with Rachel Brosnahan (House of Cards, The Unborn, The Blacklist) as mother and daughter chasing a dream … a dream that isn’t quite grounded in reality.

Diane (Peters) is a fading stage performer who is no longer getting the roles, she still has the body and the charm of an actress acting, but she’s past her prime.   She soldiers on … perhaps tomorrow the next big break will come.

In the meantime her and her teenage daughter, Alice, are living from one meal to the next and not living in what one would called the best of neighborhoods … and it’s not anywhere near Broadway either.    The whole dingy affair is set in the 1980s, so whatever happens to her and her daughter is already history. 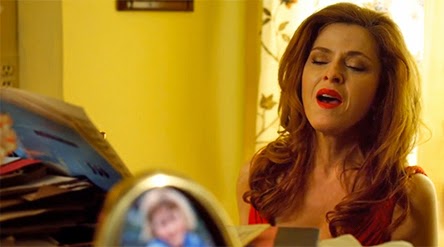 One day Charles (Peter Friedman) comes calling, not as a fan, but to collect the past due rent.   Now the only thing that stands between Diane, Alice and the street is Diane’s charm … but is it all worth it?

Desperation can unleash some really nasty demons and temptations and with Coming Up Roses filmmaker Lisa Albright packs plenty in the final stanza!   Don't be surprises if you find yourself talking to the screen with advice on doing that ... on not doing this!!!