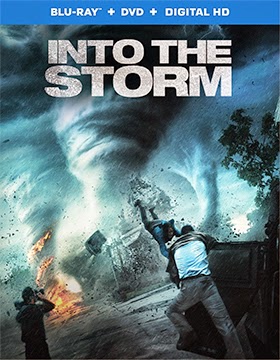 If you thought that director Jan de Bont’s 1996 film, Twister, was a one hell of a wild ride, then wait until you get a load of filmmaker Steven Quale’s Into the Storm.

Warner Bros. Home Entertainment has tabbed Nov. 18 as the street for DVD and Blu-ray/DVD Combo Pack editions of this summer action film treat.   The ARR works out to 102 days and domestic ticket sales were a very nice $46.7 million.

Into the Storm is Twister on steroids — thanks to quantum leaps in CGI and some really terrific set-pieces.   Notably, the high school hallway, lined with book lockers, as the first twister comes ripping through during the middle of commencement ceremonies, the hell-on-earth abandoned mill (drown or get blown away … hell of a choice) and the desperation shelter sequence that wraps the movie. 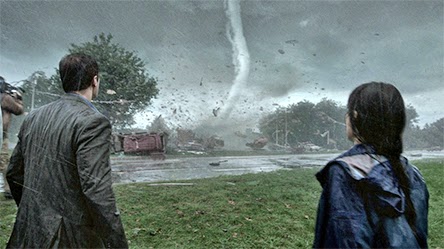 After the EF5 tornado that leveled Moore, Oklahoma in May of 2013 anyone who thinks that this Into the Storm is just Hollywood fiction might want to take a gander at some of the video of the devastation that marked that tornado event — 24 dead from a twister that measured over a mile wide!