The Film Chest Restores The Killer Shrews For DVD On Nov. 11 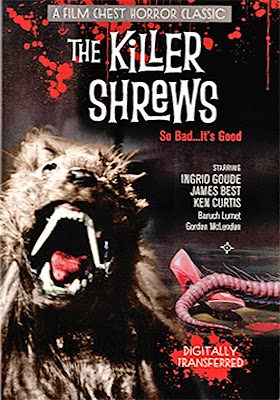 At the height of the “creature cycle” (or “monster cycle,” take your pick) of the late ‘50s there was one little indie film that delivered quite the bang for the buck.   That was director Ray Kellogg’s summer of 1959 sci-fi thriller, The Killer Shrews, which is one of those movies that cost next to nothing to make, but lives on over a half-century later as an example of what can be done (on a shoestring) to stir up chills and thrills among its intended audience.

Word arrived this week that the Film Chest is ready with a newly-prepared digital transfer of The Killer Shrews.   The street date is Nov. 11 and if the film transfer is a sharp as the new packaging, then this is a keeper! 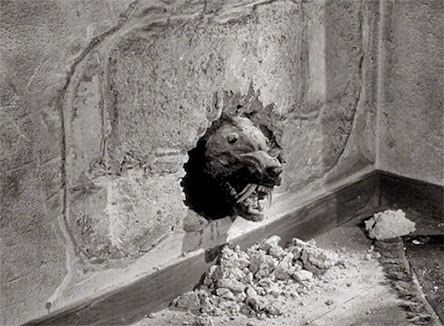 The story is deceptively simple.  A group of people (the food source) are stranded on a remote island where a science experiment (all with the best of intensions of course) has gotten out of control.   Tiny shrews have mutated into ever-growing carnivores that hunt in packs and have a taste for human flesh.

And, to make matters worse (as if it can get any worse) they are growing exponentially and the only food supply left are the survivors boarded up in a house … surrounded by starving shrews.   Yummy!