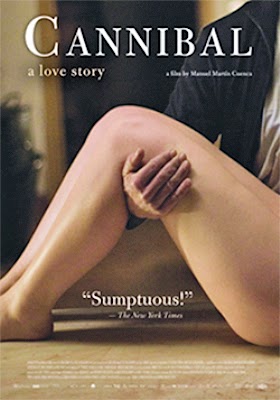 There is the saying: “You are what you eat.”   If that is the case, then Carlos (Antonio de la Torre — Unit 7, I’m So Excited, etc.) is just chock full of love … he consumes the women he desires, literally.

Award-winning Spanish filmmaker Manuel Martín Cuenca’s film adaptation of the late Humberto Arenal’s award-winning novel, Cannibal, will be making its way to the domestic DVD market place on Oct. 21 courtesy of The Film Movement.   It is a film that takes epicurean delights to whole new levels.

Carlos is evil, there’s no getting around that.   He sees a woman, desires that woman, he then kills and eats her.   He’s more than just a little confused as to what true love is.
Living in Granada, Spain, Carlos has repeatedly carried out his ritual of “seduction” and murder … and no one seems to notice.   Accidents happen; people disappear.

That is until Nina (Olimpia Melinte — My Baby, Seven Acts of Mercy, Killing Time) arrives in town looking for her twin sister Alexandra, who — you may have already guessed — went under the knife (he has a cabin in the woods that gives him the seclusion necessary to carefully prepared his “meals”).  The irony being that Carlos wasn’t all that interested in her, but “hunger pangs” are what they are with a serial killer. 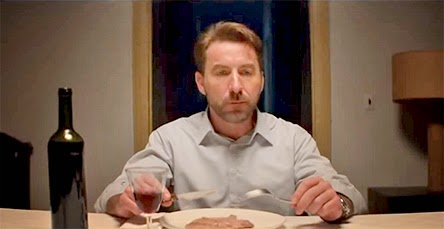 There are twists and turns and it is not beyond writer/director Manuel Martín Cuenca to dangle some visuals here and there that get us to thinking.   Visual and plot metaphors for bigger societal ills are teased that are far more “consuming” than Carlos’ dietary issues … this is a film that challenges the viewer to not be quite so quick in judging the protagonist.

Still, with that said, Cannibal is a horror tale (more stylish than graphic) that can be savored on that level alone.

Presented in Spanish with English subtitles, the DVD release of Cannibal arrives with writer/director Jean-Charles Paugam’s short film, Orge, as a bonus goodie.