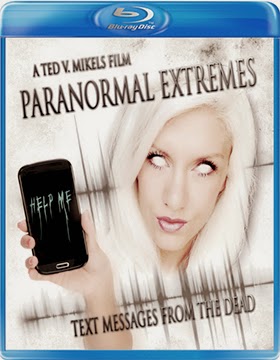 From the director who gave us such gems as The Astro-Zombies, The Corpse Grinders and The Doll Squad, one thing is certain, Ted V. Mikels has both staying power (an active filmmaker since 1963) and a loyal following.

With Paranormal Extremes: Text Messages from the Dead we meet platinum blonde Addison (Colie Knoke), a would-be Las Vegas-based model, who tragically loses her fiancé to a home repair accident.   But wait, his love for her is now reaching out from the beyond … or is there something more sinister at play here? 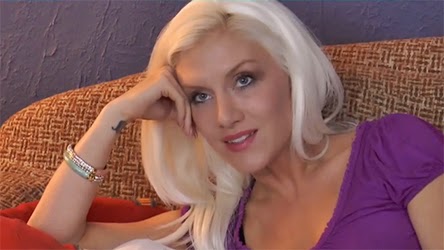 Also counted among the cast members is none other than Beverly Washburn (as Elizabeth in director Jack Hill’s Spider Baby and as Lt. Arlene Galway in Star Trek) … and Mikels does a cameo turn.

Bonus features for the Blu-ray release of Paranormal Extremes: Text Messages from the Dead include a behind-the-scenes featurette.