The Film Detective Preps 12 New Film Restorations For Delivery To DVD On Mar. 24 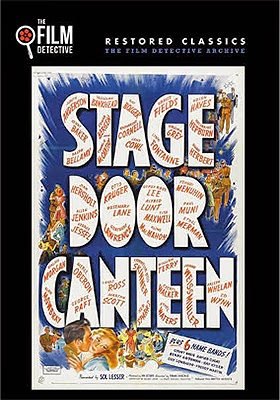 The Film Detective announced this past week that Mar. 24 will see a dozen new film restorations prepped and ready for delivery to the DVD market place at the priced-to-own SRP of just $9.98.

Where does one begin?   How about with the all-star musical/variety film selections of Stage Door Canteen (1943, director Frank Borzage brings out the stars at this famed New York City venue … Tallulah Bankhead, Judith Anderson, Edgar Bergen and his pal Charlie McCarthy are joined by the likes of Gracie Fields, Ray Bolger and Katharine Hepburn as they entertainment the troops) and This is the Army (also 1940, directed by Michael Curtiz and starring George Murphy, Joan Leslie, Kate Smith and future president, Ronald Reagan). 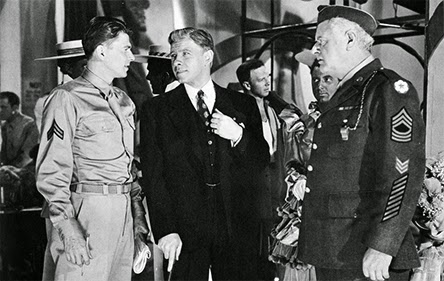 Continuing in the “entertainment-themed” realm we find that the Film Detective has ready for release on Mar. 24, The Fabulous Dorseys (director Alfred E. Green’s post-war biopic starring Tommy and Jimmy Dorsey as themselves), Till the Clouds Roll By (1946, a look at the life of musical composer Jerome Kern with Judy Garland, Frank Sinatra, Kathryn Grayson, June Allyson, Lena Horne and Dinah Shore delivering his tunes), Springtime in the Rockies (1942 with Betty Grable, Carman Miranda, Cesar Romero, John Payne and Harry James and His Music-Makers) and the all-black musical drama Duke is Tops (1938 with Lena Horne). 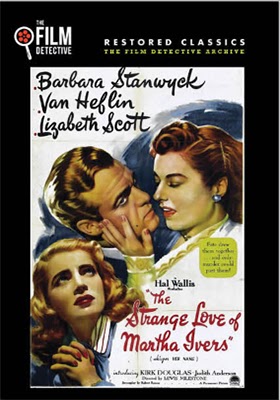 For Western fans it is John Wayne in the saddle in West of the Divide (1934, with Gabby Hayes and Yakima Canutt) and Tim McCoy and Suzanne Kaaren star in director Sam Newfield’s 1938 film release of Phantom Ranger (filmed out in Chatsworth, California when that was the “wild west”). 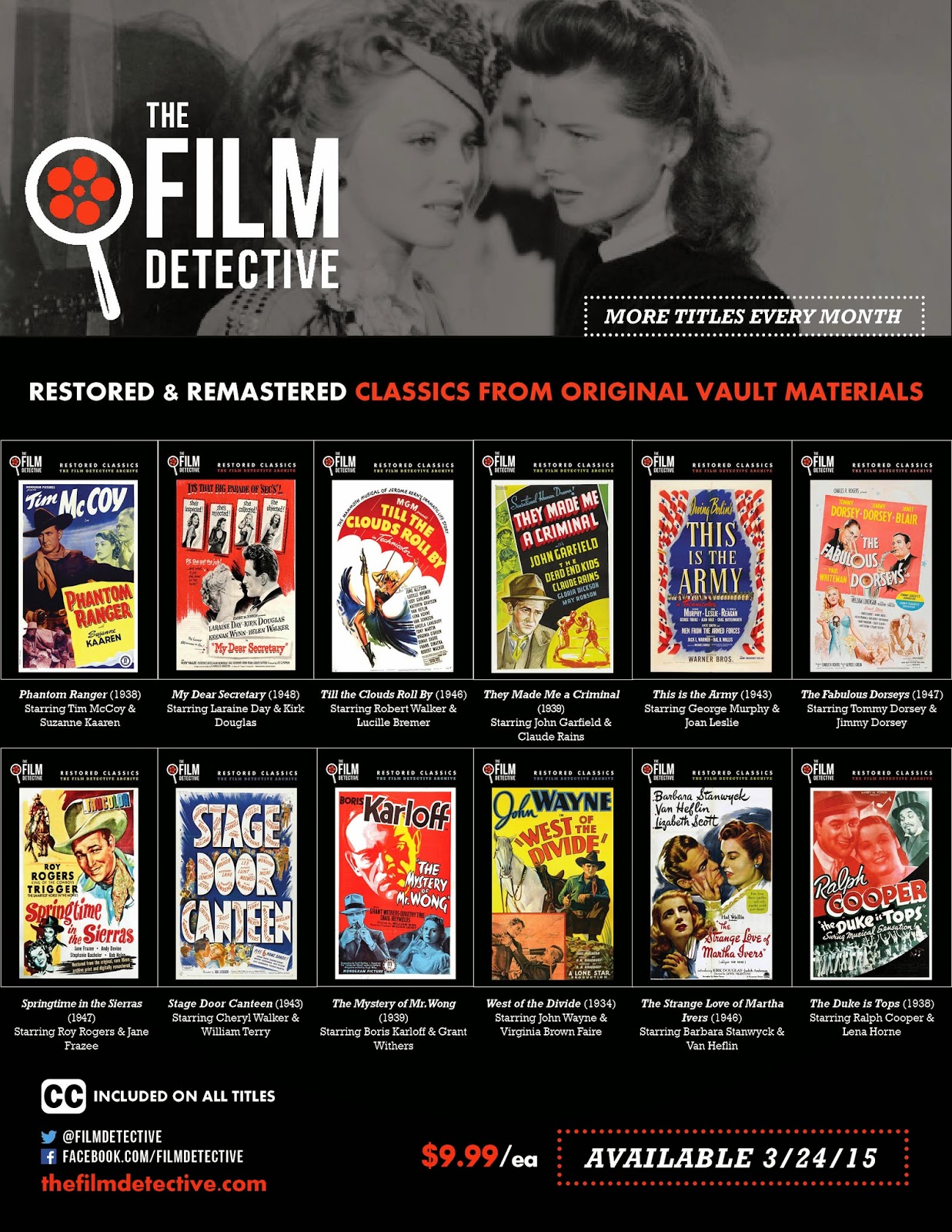