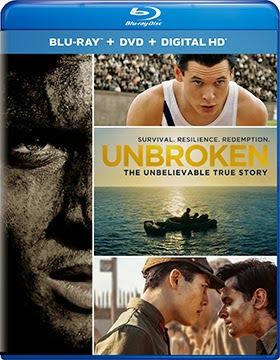 The ARR is a quick-to-market 88 days and box office receipts are $115.1 million.

Bonus features include seven production featurettes, including one titled “The Real Louis Zamperini” and a second titled “Louis' Path to Forgiveness.”