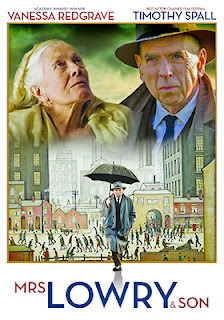 Elizabeth Lowry (played by six-time Oscar nominated Vanessa Redgrave … Best Supporting Actress win for Julia) is disappointed in her son, a bachelor with little prospects by the name of Laurence (Timothy Spall –— Secrets & Lies, Topsy-Turvy … and as Wormtail in Harry Potter and the Deathly Hallows: Part 1 and Harry Potter and the Deathly Hallows: Part 2), who works during the day, takes care of his mother and slips away to the attic for several hours during the night when she falls asleep.

It’s 1934 and in the Pendlebury area of Manchester Laurence works as a rent collector, which would have gone unnoticed except for one little thing.   Despite his shrew-like mother’s constant derision of her son, Laurence enjoyed one thing, painting.   He would work in the attic from, oh say, ten or so in the evening, when his mother finally nodded off, until two or three in the morning, grab some sleep, work his day job and spend the rest of his time caring for dear old mom.

Now you might think much of the story, but when you drop the “Laurence” and just use the initials, you arrive at L.S. Lowry, one of England’s greatest artists during the late 1930s through the 1950s.

He would paint what he saw and enjoyed doing it.   Despite his mother’s trepidations about his abilities, his paintings and draws would be become world-famous, some selling in the millions of dollars as his artistic legend grew over the years.   Mrs. Lowry & Son details the odd-relationship between mother and son, where instead of encouraging, she discouraged … and still L. S. Lowry prevailed. 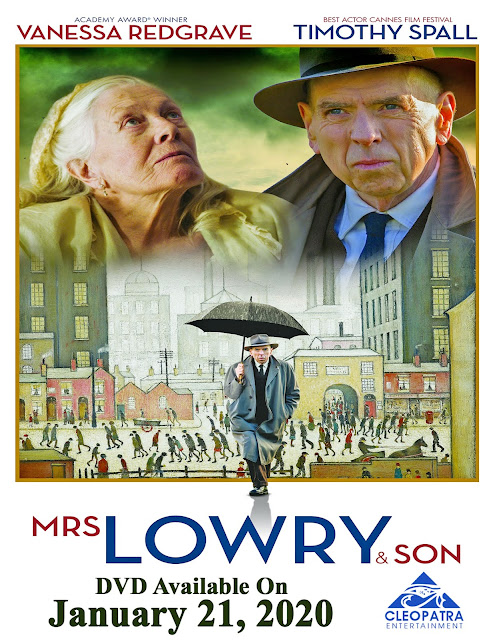