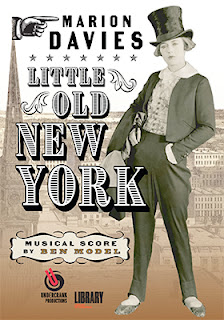 The comedy talents of the legendary Marion Davies will be showcased this coming Nov. 19 by Ben Model’s Undercrank Productions with news this past week that a 2K film restoration (from the 35mm nitrate print) of her 1923 box office smash, Little Old New York, will be available for cinephiles to enjoy on DVD.

This elaborate production included William Randolph Hearst, the producer of the film, building an exact replica of Robert Fulton’s 1807 steamboat, The Clermont, which serviced the river ports of New York on an exclusive basis for a 20-year period.   So “modern” was the vessel that it could travel from Albany to New York City at a sustained speed of 4 miles per hour, navigating the distance — in luxury — in roughly 30 hours.

Elaborate sets were built for the film (literally no expense was spared for Marion Davies), however disaster struck about two-thirds the way through production when Hearst’s Cosmopolitan-International Studio in New York City burned to the ground.   Fortunately, the negatives were saved and production continued — with new sets — at various studios throughout the city.

Here we are introduced to the aforementioned Robert Fulton (Courtenay Foote — Tess of the D'Urbervilles, His Parisian Wife), who has teamed up with Cornelius Vanderbilt (Sam Hardy — as Charles Weston in King Kong), to find financing for his envisioned steamboat and as luck would have it they have found a backer in the form of Larry Delavan (Harrison Ford), who is about to inherit a large fortune. 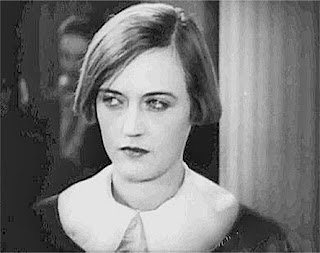 But a monkey wrench is thrown into the works when a rival heir is announced, an Irish teenager by the name of Patrick O’Day.   The kid has actually a better claim, but there’s one problem, he’s dead.   Enter his sister, Patricia (Marion Davies), who assumes the role of her dead brother and travels to America to claim the inheritance.

To complicate matters further — this is a comedy, not a drama — Delavan takes “Patrick” under his wing and … well, complications follow.