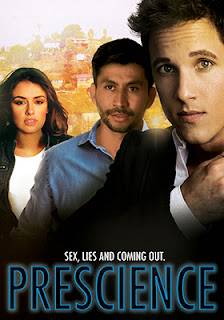 The driving force behind Indican Pictures Nov. 26 DVD rollout of Prescience is the film’s star and producer, René Mena.

He arrived in the United States with little more than the shirt on his back, worked nights, weekends and whenever he could find the time he’d catch a little sleep.   He was the first in his family to graduate from high school and by the time he was just 22 years of age he had purchased his first home and then — literally, on a dare — auditioned for a part, caught the bug and has been acting and then producing his own material for eight solid years. 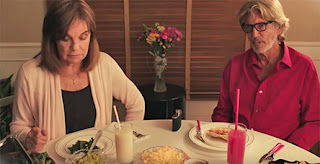 And, speaking of Eric Roberts, René Mena wrote the script with Roberts and his co-star, Linda Gray (two-time Emmy nominee for the Dallas television series) in mind, pitched the script to them and they were both on board.

Somewhere along the line, Indican Pictures spotted Prescience and picked it for both theatrical and home entertainment distribution.   A limited theatrical arthouse run (for additional exposure) took place at the end of October, which yields an ARR of just 32 days.

As to the story itself, Mena plays Isaac Smith, the adopted son of Matthew (Eric Roberts) and Kathlyn Smith (Linda Gray), with his sister — also adopted — Emily Smith played by Vannessa Vasquez (as Camila Barrios in the TV series East Los High), who is an attorney, who suddenly finds himself out of work and in need of a roommate to help with the rent. 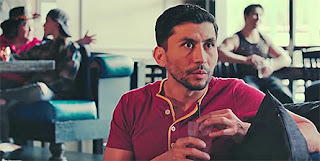 Enter Mark (Mike C. Manning), who moves in and the two soon find a mutual attraction.   Perhaps it is too much too soon, but that’s life.   There are family secrets, which come bubbling to the surface (a terrific performance by Eric Roberts as Isaac’s father), that not only threatened Issac’s already tenuous situation, but his emotional well-being.   And Mark, perhaps too perfect, has secrets of his own.

Also added to the November release calendar by Indican Pictures is the Nov. 12 DVD debut of writer/director Jonathan Holbrook’s gloriously twisted horror tale (or is it “tail” … as in rabbit tail), Beloved Beast. 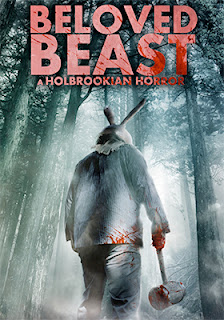 If Nina (Sanae Loutsis — The Black String) had any luck at all, it would be bad luck for sure.   In the opening sequence she loses both of her parents in an auto wreck and ends up recovering from her injuries at her Aunt Erma’s place (played by Joy Yaholkovsky — All Good Things, Rogue Saints).   Erma defines “dereliction” perfectly — as a caregiver and responsible adult — as she prefers to party and disappear for days on end.   Nina is pretty much on her own.

Meanwhile, Milton (played by Holbrook), escapes from the local nuthouse and happens upon Nina — in the spooky woods — just about the time she is about to be beaten and raped by some local thugs.   Milton, beats them to death and becomes Nina’s best new buddy, who takes on a “Harvey” persona by wearing a bunny mask.

Without giving too much a way, Nina has more run-ins with bottom dwellers and Harvey is more than happy to pound on them with his large wooden mallet.  Just to note, Harvey is a load at 7 feet and 350 pounds, so he packs quite the punch.

So you have to ask yourself, which is worse, Aunt Erma and her miscreant friends or the homicidal Harvey (aka: Milton), who has moved in with the young girl?   At nearly three-hours in running time, Beloved Beast, gives you plenty of time to ponder such a question … it is definitely a unique horror film!!

For genre fans, who missed its ever-so-brief theatrical run, you’ve got to circle Nov. 12 on the calendar at catch Beloved Beast on DVD in the quiet comfort of your own home.   For the record, the ARR is 32 days. 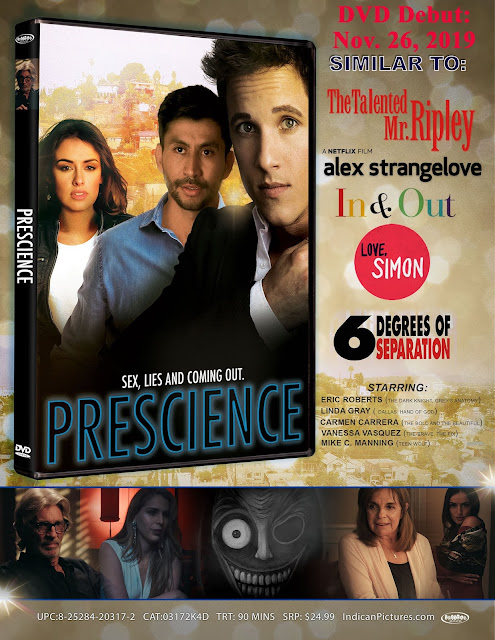 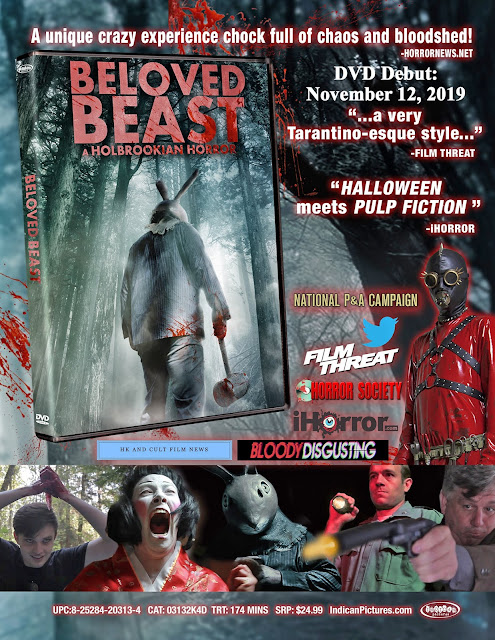