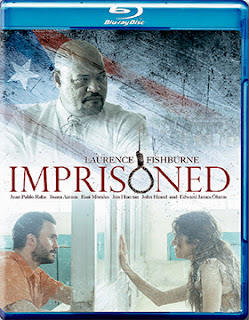 Cinema Libre announced this past week that both DVD and Blu-ray editions of writer/director Paul Kampf’s Imprisoned will be heading home on Jan. 7.

The film had an ever so brief theatrical showcase right after Labor Day and makes the move to the home entertainment packaged media marketplace with an ARR of 116 days.

Something happened years ago when Dylan (Juan Pablo Raba — The 33, 7 Days in Entebbe, Peppermint), a fisherman by trade, landed in the local prison (Imprisoned was shot in Puerto Rico and makes solid use of both El Morro and San Cristobal) for being involved in an armed robbery.

It’s now 20 something years later and the former warden, Daniel Calvin (played to perfection by Laurence Fishburne), wants revenge for the incident involving Dylan — despite having served his time — and will go to any lengths necessary to make sure that he pays the ultimate price.  There are no lines that he will not cross.

Dylan’s wife, Maria (Juana Acosta — Perfect Strangers, Anna), has a history with the warden, which we learn through a series of flashbacks.   Warden Calvin is, not to make light of it, one nasty SOB and his thirst for vengeance knows no limits … he will do whatever it takes to get justice as he sees it.

Once the frame-up takes place and Dylan finds himself wrongfully convicted, Imprisoned becomes a tick-tock race against time for Maria to prove her husband’s innocence … and with filmmaker Paul Kampf’s script there is absolutely no guarantee that there will be a happy ending. 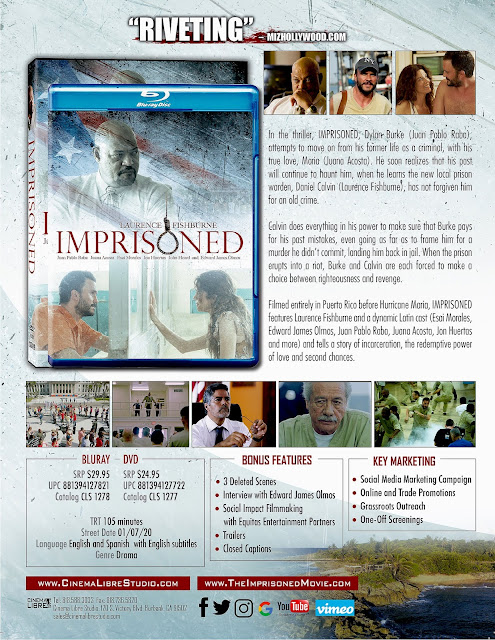