Oscilloscope Preps Ms. Purple And Midnight Traveler For Blu-ray And DVD On Jan. 28 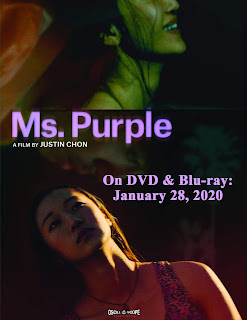 The New Year is rapidly approaching and Q1 announcements are arriving by the hour.   So we took notice when Oscilloscope Laboratories made their move this past week with two new DVD and Blu-ray releases heading home in January of 2020.

First up is the Sundance Film Festival Grand Jury Prize nominee, Ms. Purple, from writer/director Justin Chon.   It is making the transition from the film festival and arthouse circuit to the home entertainment marketplace on Jan. 28 as both DVD and Blu-ray product offerings.

Following the Sundance premiere, it didn’t take long for Oscilloscope to take an active interest in Chon’s latest film (he won the Sundance Film Festival Audience Award in 2017 for Gook) and within two months it was in-house at Oscilloscope for theatrical and home entertainment distribution.

As is typical for an upscale indie film like Ms. Purple, it worked the festival circuit and in early September of this year Oscilloscope took it out theatrically in selected venues.   It continues to play in arthouse venues (most recently in Norfolk, Virginia and Albquerque, New Mexico), which yields a leisurely ARR of 144 days.

In Ms. Purple, we are introduced to siblings Kasie (Tiffany Chu — her feature film debut … currently starring in the 96 Next internet-based interactive series, Artificial) and Carey (Teddy Lee), who are tasked with caring for their sick father.    It’s not easy … and as Chon fills in the backstory of how the current state of affairs has come to be, we find it all the more compelling as events unfold.

To keep her father out of a “home,” Kasie works as a “doumi girl,” which is a hostess at a karaoke club.   Her job is to get the businessmen in the mood, so to speak, by being bright and perky and ready to join in with a little singing and dancing.  It pays well, but with the alcohol and drugs (Ecstasy, etc.) — add in the repressed nature of the clientele — it is more like combat. 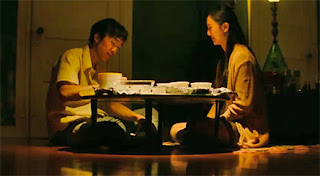 When the professional caregiver that Kasie has hired moves on, she turns to her estranged brother to help out.   The uneasy nature of their relationship often explodes into anger … and, as mentioned, the backstory of how the mother abandoned them to be raised by their father, who was not always equipped for the task, puts the pair in the position where they cannot abandon him despite their need to move on with their lives.

It is through this process — the anger, the love, the laughs and heartbreak — that Kasie and Carey slowly begin to reconnect, to form an even stronger bond as they are tested on a daily basis. 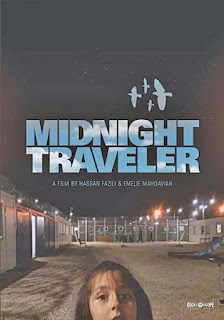 We are going to guess that Oscilloscope had representatives at this year’s Sundance Film Festival in January.   Just about the same time that the Ms. Purple acquisition crossed the wires so did the news that Midnight Traveler, the Sundance winner for World Cinema Documentary Special Jury Award, had also been picked up for theatrical and home entertainment distribution.

For the record, the ARR for Midnight Traveler works out to 130 days.

This true story was three full years in the making.   It began in Afghanistan when the Taliban issued a death warrant for Fazili because he had the temerity of running the Art Café and Restaurant in Kabul.   A mullah took exception to the type of clientele that frequent the place, so they pressured it to close down, which it did, but that wasn’t enough … the owner, Hassan Fazili had to die.

As the cinematographer for Jawed Taiman’s 2012 documentary, Voice of a Nation: My Journey Through Afghanistan, Fazili had the technical knowledge and understanding to film his plight.   His wife and two children fled Afghanistan and through whatever means necessary he put their story on film. 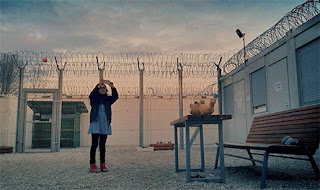 We find them on the run in Tajikistan, where the asylum claim is eventually denied and they are sent back to Afghanistan, where they cannot remain, so once again they take flight.   To Turkey, then to Bulgaria and then into Serbia … none of these destinations are safe.

With the help of fellow filmmaker, Emelie Mahdavian, Fazili and his wife were able to assemble Midnight Traveler.   It is a documentary, but it plays out as an edge-of-your-seat thriller with the outcome always in doubt. 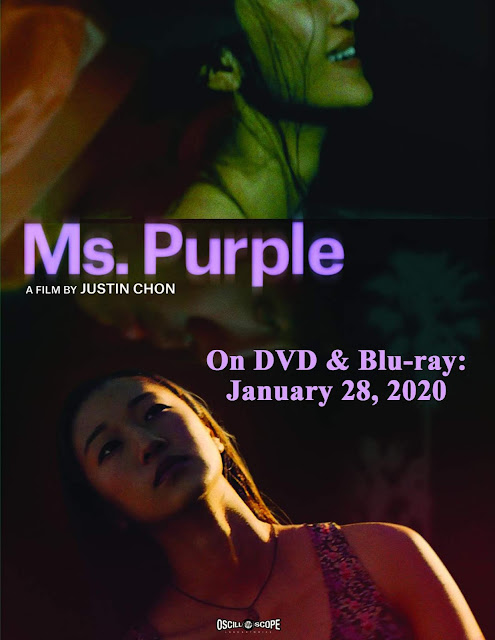 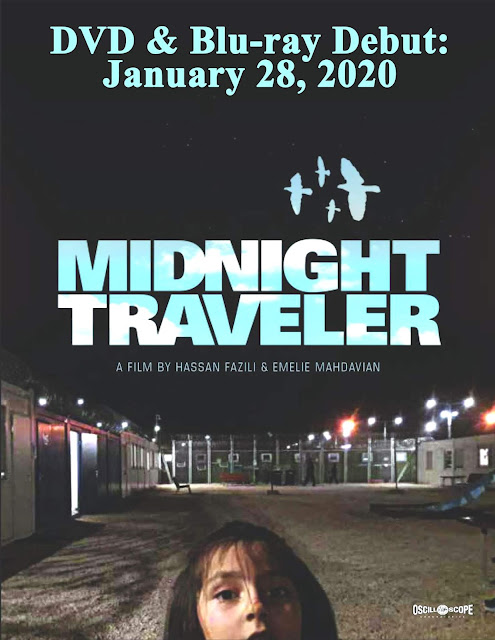 Email ThisBlogThis!Share to TwitterShare to FacebookShare to Pinterest
Labels: Oscilloscope Preps Ms. Purple And Midnight Traveler For Blu-ray And DVD On Jan. 28