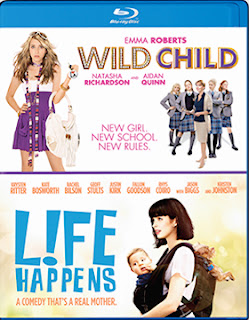 Mill Creek Entertainment doubles-down on Feb. 11 with two new Blu-ray double feature collections that are priced to collect … so let’s get to it.

First up is director Nick Moore’s 2008 comedy, Wild Child, starring Emma Roberts as Poppy, a Malibu brat with a nasty temper that simmers just below her “princess” exterior.    Gerry (Aidan Quinn) is her widowed father who has had his fill with her antics and decides to pack her off to her dead mother’s English prep-school, Abbey Mount … talk about a duck out of water!!!

Poppy has no say in the matter, but figures that she can continue in her wild ways and get sent packing in no time.   First lesson she learns, watch out for Mrs. Kingsley, the headmistress (played by Natasha Richardson), who has seen it all and dealt with the snottiest of royals, so none of your shenanigans here. 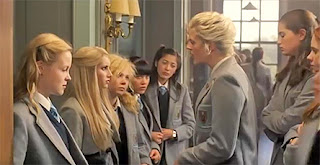 The next lesson Poppy learns is that England has “mean girls” too … and none meaner than Harriet (Georgia King — The Duchess, Kill Your Friends, Little Dorrit, etc.), who has her own little group of slave/minions to carry out any nasty plans that need to be executed.

Emma Roberts shines as Poppy, who undergoes total transformation and learns two things that she would have never discovered if left to her own devices in Malibu.   She is a natural at lacrosse and she learns a secret that her father kept from her … being at Abbey Mount is no accident!

Teamed with Wild Child in this Blu-ray double-feature is writer/director Kat Corio’s laugh-out-loud comedy, Life Happens, starring Krysten Ritter (27 Dresses, What Happens in Vegas, Vamps, Veronica Mars, etc.) as Kim, who had a one-night stand with an elite surfer (Rhys Coiro) by the name of Marc and the result was a little guy by the name of Max. 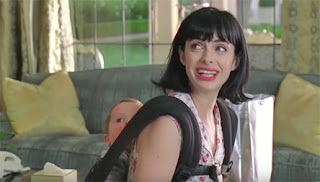 Kim, now a single mom, lives with two roommates Deena (Kate Bosworth) and Laura (Rachel Bilson), while the father has no interest in the child as he has a career of his own.   It’s a struggle, but this is a comedy, not a downer drama, so Kim and little Max have crazy adventures … until Nicolas (Geoff Stults) show an interest in her.

Life Happens is a film built around Krysten Ritter (she co-produced), which allows her to shine … she has since gone on to star in the Netflix series The Defenders and Jessica Jones as Jessica Jones, private investigator. 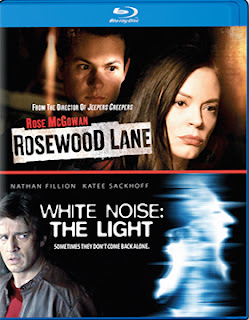 The second Blu-ray double feature that Mill Creek Entertainment has lined up for delivery on Feb. 11 none other than writer/director Victor Salva’s creepy Rosewood Lane, starring Rose McGowan as Dr. Sonny Blake, a radio talk show therapist — with a terrible family secret — who moves back into her childhood to confront her own personal demons.   Big mistake, the old neighborhood is now the personal domain of Derek, the paperboy (played by Daniel Ross Owens — Banshee, True Detective), a sinister sociopath, who may have murdered Sonny’s father … and she could be next!!!

Joining Rosewood Lane in this Blu-ray double-bill is director Patrick Lussier’s White Noise: The Light, starring Nathan Fillion (Slither, Serenity) as a suicide survivor who now has visions of will soon die!  Can he save them in time?  And at what price!