Wild Eye Releasing Looks To Feb. 11 For The DVD Debut Of Writer/Director József Gallai’s Spirits in the Dark 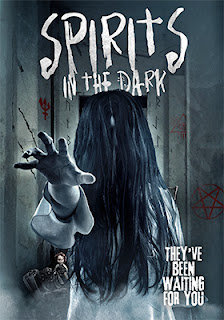 Wild Eye Releasing, with sales and distribution assistance from MVD Entertainment Group, has tabbed Feb. 11 as the DVD debut date for writer/director József Gallai’s Spirits in the Dark.

An eerie, abandoned (seemingly so) building, where people have vanished before, is the setting for this tale of grief and ghostly apparitions.

Gil (played by filmmaker József Gallai) has recently lost his wife Stephanie (Beáta Boldog — Gallai’s real life wife, who also produced) during childbirth and now finds himself very much alone.   We learn that the pair enjoyed exploring old abandoned buildings (which seems very odd) and when a mysterious email arrives, complete with a video sequence that seems to suggest the ghost of Stephanie might be lurking in a mysterious — and obviously abandoned — building, it is just too much for Gil to ignore. 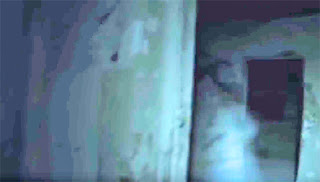 Why the video?  Who is the sender?  Who shot the video?  Questions that any reasonable person might ask, but Gil is all in, hook, line and sinker … and so off he goes in search of the location and soon finds it.   There are hints and clues that things have happened there before, which would have sent any reasonable person scurrying for the exits.   Not Gil, who documents his exploration of the sinister place, and in doing so takes us with him.

Filmmaker József Gallai deftly blends narrative footage with linkage “found footage” to craft a creepy tale of things that go bump in the night.   Spirits in the Dark delivers exactly what it promises … an eerie, ghostly tale of haunted digs and a fool who is hell-bent on exploring such places where reasonable people would avoid like the plague. 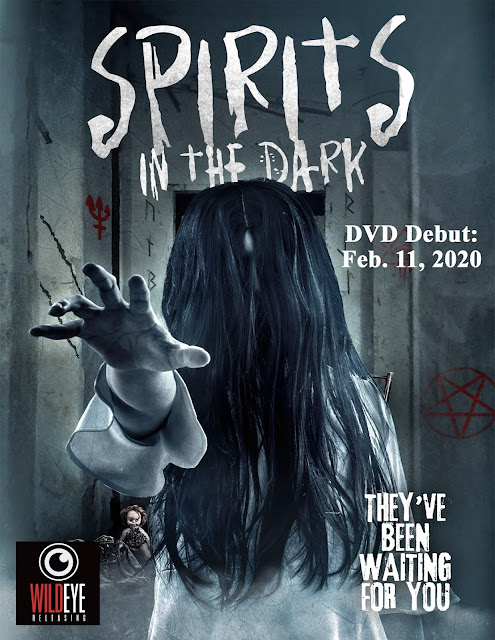 Email ThisBlogThis!Share to TwitterShare to FacebookShare to Pinterest
Labels: Wild Eye Releasing Looks To Feb. 11 For The DVD Debut Of Writer/Director József Gallai’s Spirits in the Dark