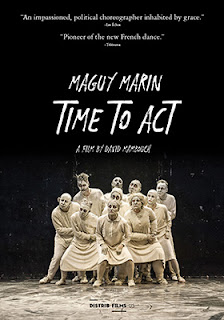 Maguy Marin, born to Spanish parents — who had fled their native land after the Spanish Civil War — in Paris, she established herself as a dancer, having studied at the Toulouse Conservatory and then under the tutelage of Nina Wyrubowa in Paris (among others).   By the 1980s Maguy Marin had transformed into a choreographer, with a flair for the modern and the works of none other than writer Samuel Beckett.

Mambouch’s focus — and he is no stranger to Marin, having collaborated with her as a sound designer and performer himself — here is on Marin’s masterwork, “May B” — sculptures; clay figures … coming to life.   We get insights into Maris thought her comments, plus the many dancers and technicians that have performed her amazing dance productions over the years.

A mesmerizing artist, her life and work, is captured perfectly by Mambouch’s documentary, which will certainly thrill fans of Marin’s work, but Maguy Marin, Time to Act is also a film that non-dance audiences can enjoy as well.

Maguy Marin, Time to Act is presented in French with English subtitles. 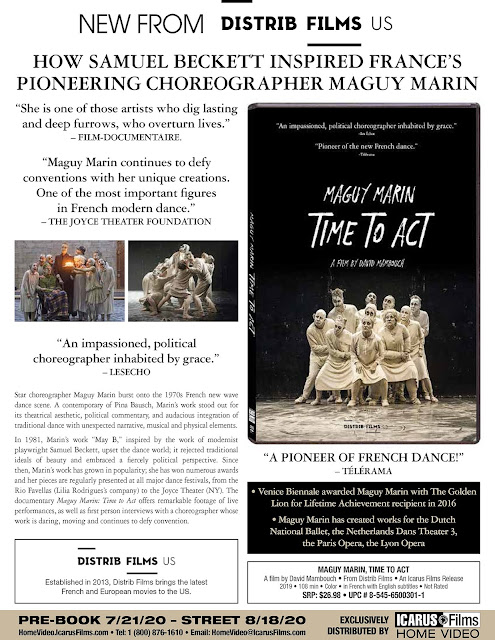