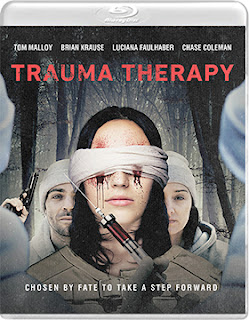 In a rational world, when someone goes off to a self-help weekend retreat — usually in a pleasant, remote, serene location — they don’t expect to be terrorized by their spiritual guru.   That would be crazy, right?   Insane?

Lording over his self-help disciples is Tobin Vance (Tom Malloy — The Alphabet Killer, Terror House, Fair Haven … who also co-wrote the script), he’s famous for being famous … and maybe he even knows that.   So he decides to develop a “new program” and to that end he needs some guinea pigs.

Since Tobin is amazing and famous, he has no problem recruiting two men and two women to join him for the weekend to test out his “new program.”   They even pay big bucks for the privilege. 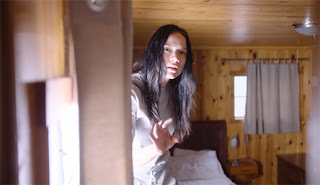 Joining him are Matt (Chase Colman — as Billy Winslow in Boardwalk Empire), who is suffering from some deep trauma, the “soft spoken” John (David Josh Lawrence — who co-wrote the script), the bundle-of-nerves Beth (Emily Humble, in her film debut), who has a difficult time with the truth — a regular little fibber — and finally we have the sultry Danni (Luciana Faulhaber — Don’t Look, Pearl).

After the meet and greet, Tobin starts in on the “new program” — which you suspect that he is making it up as he goes along and that we are not here for any self-help program.    First, everyone get naked.   If Tobin says get naked, he’s the “guru,” you get naked. 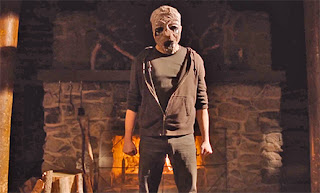 Hey, how about everyone doing drugs!   Let’s shoot guns for therapy!!   So you have naked people, doing drugs and shooting guns, what could possibly go wrong with that?  And we’re just getting started!! 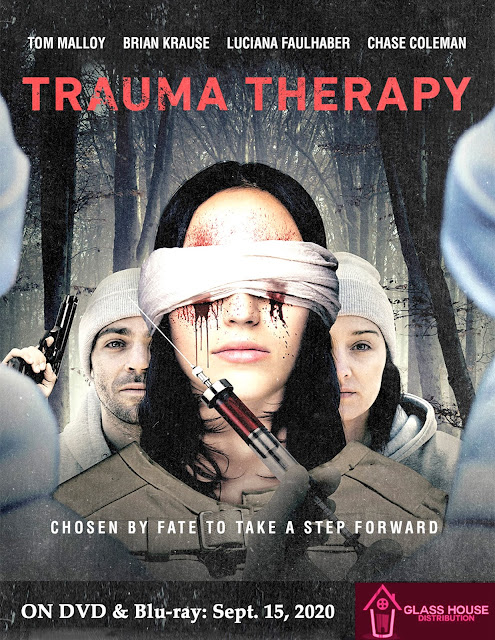