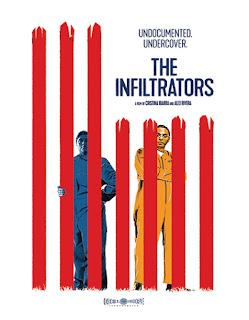 Oscilloscope Laboratories announced this past week that the filmmaking team of Cristina Ibarra and Alex Rivera’s intense docu-thriller, The Infiltrators, will be makings its way to the home entertainment packaged media marketplace on July 28 as both DVD and Blu-ray product offerings.

“Docu-thriller,” exactly what is that?   In the case of The Infiltrators it is a story telling technique that is part documentary — an actual true story — that is blended with a dramatic re-telling of those portions of the story that the filmmakers could not possibly access.

The film opened at Sundance in the “Best of Next” competition and grabbed not one, but two awards — the NEXT Innovator Award and the Audience Award.   It was a stunning debut.   For a solid year The Infiltrators worked the film festival circuit, piling up more awards and rave reviews. 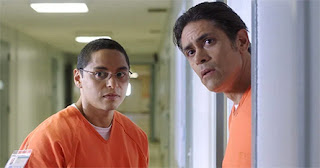 Let’s pause here for a second, because to understand the story being told in The Infiltrators, you have to park the politics at the door.   A good example, is writer/director Jonás Cuarón’s 2015 film, Desierto, where we are introduced to illegal aliens, the coyotes and the process of smuggling these hapless human beings across a terrifying no-man’s land and into the country.   A crazed local, who has had too much of it, snaps and goes on a hunting spree.   We, as an audience, quickly identify with the illegals.

Now The Infiltrators is not near as deadly, there’s no crazed killer, but the story is just as dramatic.   There’s corruption, terror and a system that is broken … a system that no one wants to fix, which simply makes it more corrupt. 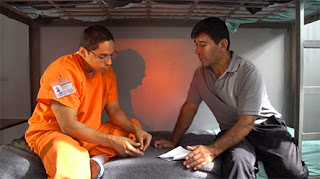 At the heart of our “real world” story is Claudio Rojas, who has been in an out of the system for as long as anyone can remember.   He goes to court, they hold him in detention, time goes by, and then they cut him loose … the cycle repeats.

“Currently,” he is the Broward Transitional Center in Florida (when our story begins), which is a privately funded detention center, which defines corruption.   For profit, what incentive is there to ever get anything resolved?   Into this world comes the political action group, the National Immigrant Youth Alliance, and real-world activist Marco Saavedra, whose goal is to get picked up by the Border Patrol and tossed into Broward.   We see this actually take place. 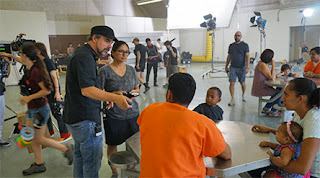 Once inside, the real Marco is replaced — for dramatic purposes — by actor Maynor Alvarado, and we see what happens to Marco while he is in the Broward Transitional Center and how he is able to find Claudio.   What goes on inside is like a dysfunctional hell.    The film jumps back and forth between the documentary and dramatic to tell this story.

Of note, Claudio got kicked loose again, was an advisor on the film — filling in details, going over things with the actors and real people — the Border Patrol got wind of this and scooped him up again.   That, ironically, opened up a whole new can of worms — free speech issues; First Amendment.

The Infiltrators is about this corrupt, dysfunctional system … politics aside, the story is a real eye-opener.

Oscilloscope has the extended director’s cut of the film presented here, plus there is a making-of featurette as a bonus. 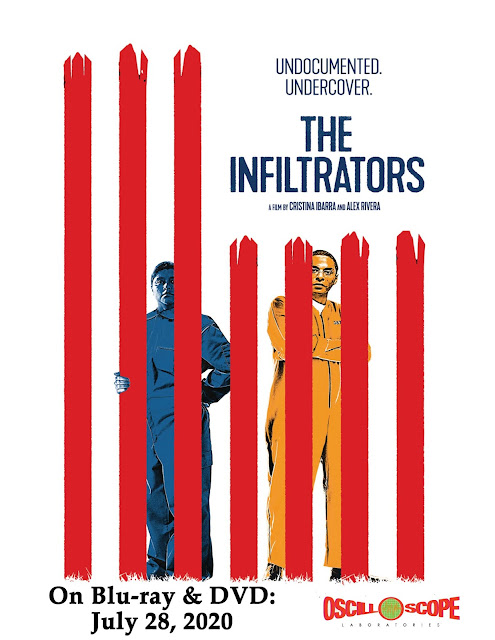