MVD Entertainment Group To Release A Director's Cut Of Filmmaker Tom DeCillo's Delirious On Both DVD And Blu-ray On Oct. 13 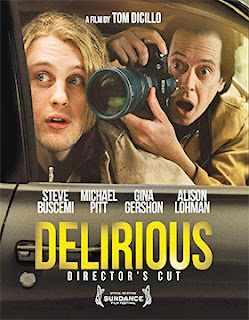 Insanity, celebrity and petty revenge plots all make for a devilishly wicked black comedy that MVD Entertainment Group has scooped up for delivery as both DVD and Blu-ray product offerings on Oct. 13.

This would be writer/director Tom DeCillo’s Delirious, starring Steve Buscemi as Les Galantine, a big-ego celebrity stalker — better known as paparazzi.   He’s in the business of taking pictures of stars, who are often famous for being famous, which, in some odd way, rubs off on him.

He recruits a somewhat simple homeless guy by the name of Toby (Michael Pitt — Funny Games, The Dreamers … as James 'Jimmy' Darmody in Boardwalk Empire) to be his assistant.   It’s a win-win for both of them — for Toby it is something to do (and a roof over his head, even it means sleeping in Les’ closet), for Les, it’s free help. 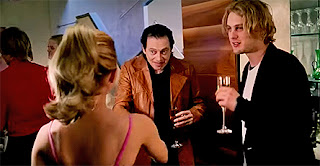 But things take a turn for the weird when Les’ picture-taking escapades cross paths with casting agent Dana (Gina Gershon), who sees Toby as a potential client.   This all happens when Les is doing his paparazzi thing on up-and-coming starlet, K'Harma Leeds (played by Alison Lohman — Drag Me to Hell, Matchstick Men), who makes eye-contact with Toby … and then one thing leads to another and before you know it Toby is on his way to being celebrity-famous.

Les is stunned.  All his work, his career, and suddenly his “apprentice” is on his way to being famous.   Something has to be done!!

Delirious, and make no mistake about this, is Steve Buscemi’s movie.   He is absolutely on his game.  He’s living in a very lonely world — like a hungry cat looking in the window of a fish market. 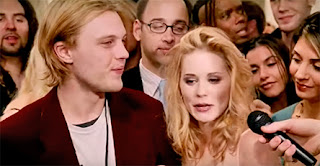 The film plays both as a black comedy and as a satire on the entertainment industry, a business where so many clueless people are famous for simply being famous ... and they need people like Les to get them there, and yet they resent him as he does his job. 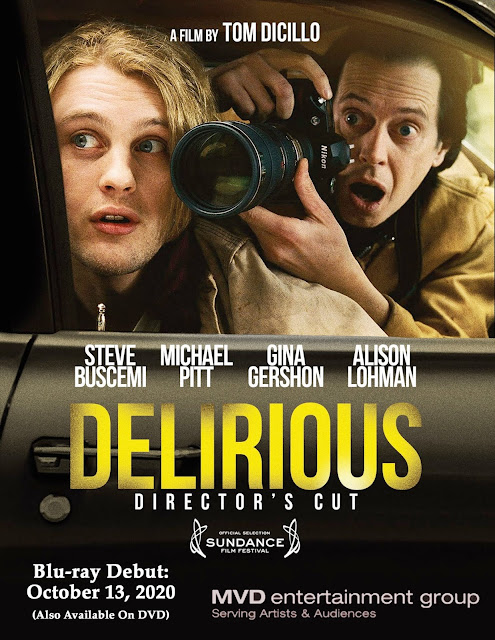