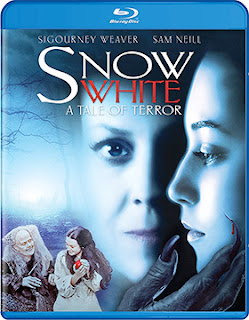 Mill Creek Entertainment has a stunning, first-time-on-Blu-ray release lined up for consumers to enjoy on Sept. 15.   Not only is it making its Blu-ray debut, but Mill Creek has set the SRP at a very attractive priced-to-collect $14.99 (and that’s before discounts at your various retail options).

Directed by Michael Cohn (Interceptor, When the Bough Breaks), Snow White: A Tale of Terror was originally slated for a theatrical release.   It had been filmed in and around Prague in the Czech Republic, with Mike Southon (Replicant, the Air Bud movies, etc.) handling the cinematography (he was nominated by the American Society of Cinematographers for his work here), but during the production Polygram Filmed Entertainment was beginning to breakdown and would eventually fold into Universal Pictures).

So instead of getting a theatrical push, Snow White: A Tale of Terror ended up on Showtime in late August of 1997.   The DVD format had just been launched and so a VHS and DVD day/date push was slated for November of 1998, but the DVD was delayed until December 8, delayed again until January 12 and finally made its way to the DVD marketplace on January 26, 1999 at the bargain price of just $29.95. 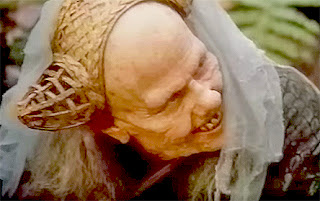 The film itself proceeded to snag three Emmy nominations, including one for the film’s star, Sigourney Weaver, who is the ever-increasingly wicked stepmother (with her deadly magic mirror), and two more for Makeup and Consume Design.

So if you missed this Sigourney Weaver gem way back then (or the re-issue by Universal under its own label), here’s your chance to finally get a high-def up-grade at a sweet price from Mill Creek Entertainment.   Mark the date, Sept. 15, on your calendar now!! 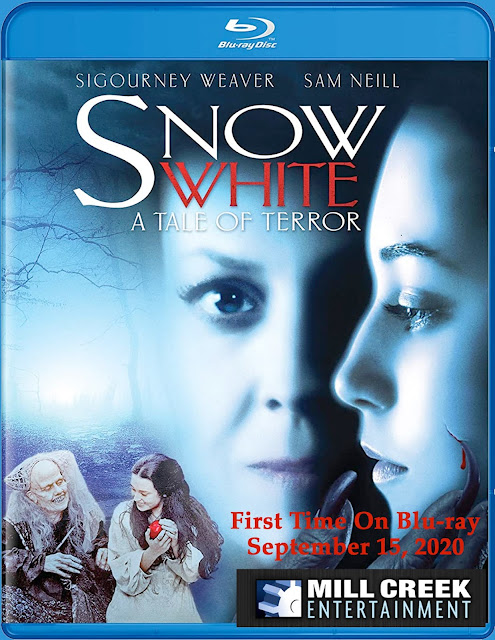