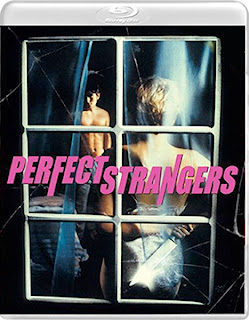 This past week, Vinegar Syndrome announced a three-strong slate of new film restorations destined for release to the Blu-ray marketplace on July 28 … so let’s see what is in the works.

This is something of a neo-noir crime thriller, which opens with Johnny executing a low-level drug dealer, which under normal circumstances the cops — or anyone else for that matter — would have much interest in.   However, there is a witness!!

Get this, the witness is a two-year kid by the name of Matthew (newcomer Matthew Stockley) and this gets Johnny worried, along with his boss, but slaughtering a little kid is perhaps a bridge-too-far.   But, let’s see if the kid is old enough to be a real witness. 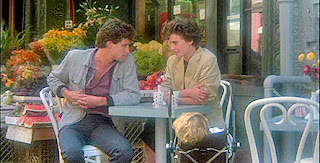 This is where Cohen, who also wrote the script, takes us down a rabbit hole that is both creepy and amusing.   Johnny starts stalking Matthew and his mom, Sally (Ann Carlisle — Liquid Sky, Desperately Seeking Susan, etc.), who takes a liking to the attention, not realizing that it is her son that our boy Johnny is really interested in.

Now into this weird mix comes Sally’s ex-husband, Fred (John Woehrle), who gets jealous of Johnny and hires a detective to scope him out.   Meanwhile, the pressure is building for Johnny to “tie up loose ends.”   The snoopy detective soon gets in the way … but not for long.

So, does Johnny kill the kid?   Cohen turns up the heat and puts the little in guy in danger (of having an accident) time and again … each time getting just a little closer to that loose end being eliminated. 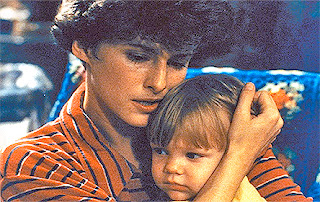 Bonus goodies include a pair of featurettes — “A True Artist” (featuring Anne Carlisle) and “Shadow in the City,” an archival video session with director Larry Cohen.

Also on the July 28 release calendar from Vinegar Syndrome are director Robert Sickinger’s 1975 “adult” presentation of The Naughty Victorians (scanned & restored in 2K from its 35mm negative), and director Paul Leder’s 1987 film release of The Eleventh Commandment, starring Bernard White and Dick Sargent.