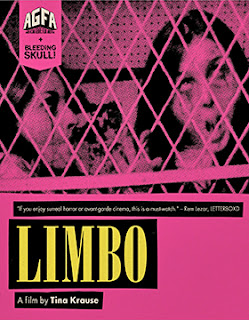 If you are a genre fan, then the name Tina Krause is not unknown to you.  You could call her a Scream Queen, some even call her the “Indie Horror Queen,” but by any calling, if you are worth your salt, you know her by her work.   The Vampire's Seduction, Shriek of the Lycanthrope, Curse of the Swamp Creature 2, Psycho Sisters, Witchouse 3: Demon Fire, Zombiegeddon, Penny Dreadful and more … my gosh it is an impressive list; a gold mine of genre delights.

But even the most diehard of Tina Krause fans may not know that some 20 years ago she directed and wrote a film, and if it were not for the American Genre Film Archive (AGFA), her film, Limbo, would remain forever lost.

Way, way, way back then, the story goes, she wrote and directed Limbo, it was produced on a shoestring and it took something like five years to find a home entertainment company willing to release it.   30 VHS copies and that was it. 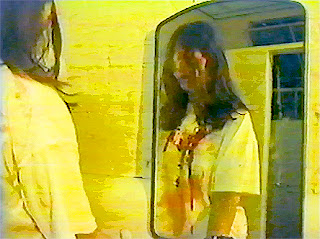 So, unless you were one of the lucky ones to track down a VHS copy, or were fortunate enough to catch the AGFA screening last year at the Billy Wilder Theatre in Los Angeles, then Limbo will be brand new to you.  For Krause fans Limbo will be a must.

AGFA has tabbed Sept. 1 as the Blu-ray debut date for Limbo.

Those who have seen the film, describe it as creepy, experimental and even “Lynchian,” perhaps influenced by David Lynch’s Blue Velvet and Eraserhead.   In any case, a three-day haze follows a chance encounter at a restaurant (Krause plays the waitress) as the “one-night stand” takes a turn from sex and pleasure to violence, murder and insanity. 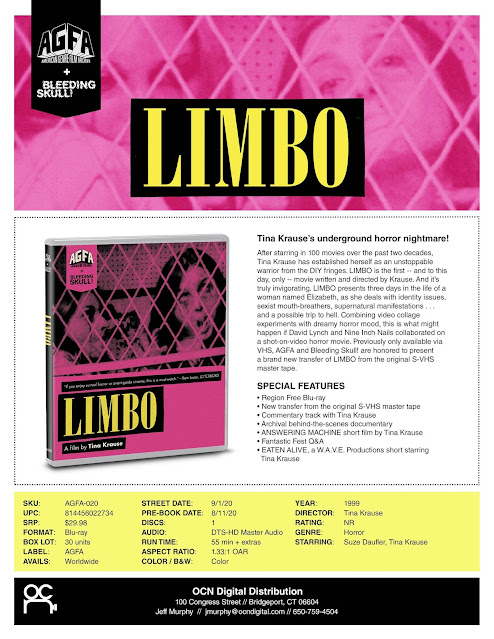