Filmmaker Stephane Demoustier's The Girl With A Bracelet Makes It Domestic DVD Debut On Sept. 22 From Icarus Films 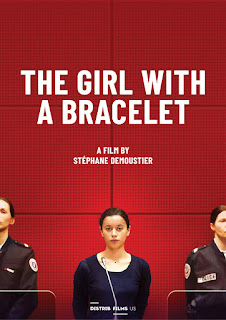 France’s premiere film production and distribution company, Distrib Films, will teaming up with Icarus Films on Sept. 22 for the domestic DVD debut of writer/director Stéphane Demoustier’s film remake of the Argentinian crime drama from writers Ulises Porra and Gonzalo Tobal, Acusada, which was retitled The Girl with a Bracelet.

This is an A-list thriller out of France.   If you like your courtroom dramas, Anatomy of a Murder, To Kill a Mockingbird, even A Few Good Men, then The Girl with a Bracelet is going to be on your must-see list.

In the opening prologue, we see the Bataille family enjoying a vacation at the seashore, which is suddenly interrupted by the arrival of the police.   The teenage daughter, Lise (Melissa Guers in her film debut), is questioned and then taken into custody.

The mystery begins.   It is now sometime later and Lise is about to stand trial for the murder of her friend.   The how and the “why” of it will unfold in the courtroom.   Lise is not a good defendant, she doesn’t project a lot of warmth, but does that mean that she’s a psychopath capable of cold-blooded murder? 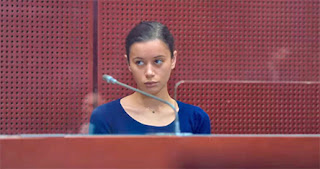 As the trial unfolds, details about Lise are introduced, none of which point to her innocence, but rather paint a dubious picture about her behavior, especially relating to her sexual proclivities.   Even her parents, Bruno (Roschdy Zem — Days of Glory, The Cold Light of Day, Bad Faith, etc.) and Céline (Chiara Mastroianni — Ready to Wear, Beloved, etc.), seem to have their doubts as the trail progresses … have they raised a monster?

As we mentioned, this is an A-list French thriller that opened at the Locarno Film Festival in August of last year, worked the festival circuit throughout the rest of 2019 and then opened theatrically in France in February of this year.   Icarus Films had it poised for theatrical launch this year, but the Covid-19 pandemic scrubbed those plans.

Domestic audiences will have their first chance to catch The Girl with a Bracelet on DVD this coming Sept. 22.   It is presented in French with English subtitles. 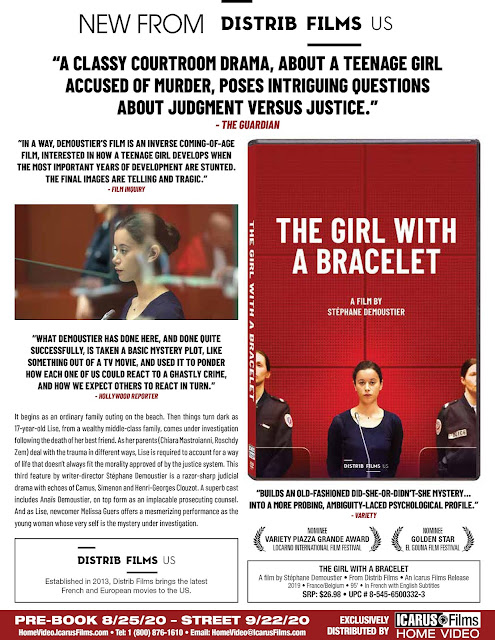 Email ThisBlogThis!Share to TwitterShare to FacebookShare to Pinterest
Labels: Filmmaker Stephane Demoustier's The Girl With A Bracelet Makes It Domestic DVD Debut On Sept. 22 From Icarus Films