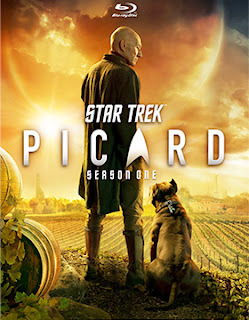 Make it so!!   Have you been waiting for news about Star Trek: Picard?   Well, the wait is over.

Paramount Home Media announced this past week that Star Trek: Picard – Season One will be available on Oct. 6 as both DVD and Blu-ray product offerings (three-disc configurations).   All ten episodes are included for the first season, plus a ton of bonus goodies, which we will get to in a moment.

The action takes place roughly 20 years as Star Trek: Nemesis, with a retired Admiral Jean-Luc Picard suddenly embarking on a new mission with a renegade crew that takes him across the galaxy to visit old friends for help …  including Seven of Nine (Jeri Ryan), William Riker (Jonathan Frakes), Deanna Troi (Marina Sirtis) and the “ghost” of Data (Brent Spiner).

We won’t give away the ending, although any Star Trek fan worth their salt already knows how this first season ends … which, frankly, seemed a little odd, but not too worry, a second season has been ordered, so maybe we will get answers as things progress in the next round of adventures. 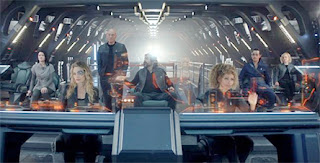 As to bonus goodies, each of the ten episodes has a “Behind the Scenes” Story Log featurette, commentary on the debut episode featuring director Hanelle M. Culpepper and members of the producing team, the Star Trek: Short Treks – Children of Mars, deleted scenes, a gag reel and four production featurettes — “The Motely Crew,” “Aliens Alive: the xBs,” “Picard Props” and “Set Me Up.”

In other news from Paramount Home Media this week, they’ve lined up a Blu-ray product blitz for Sept. 15 (in addition to the previously announced “Paramount Presents” restoration of Roman Holiday that will be heading home on that date). 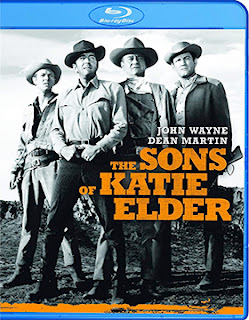 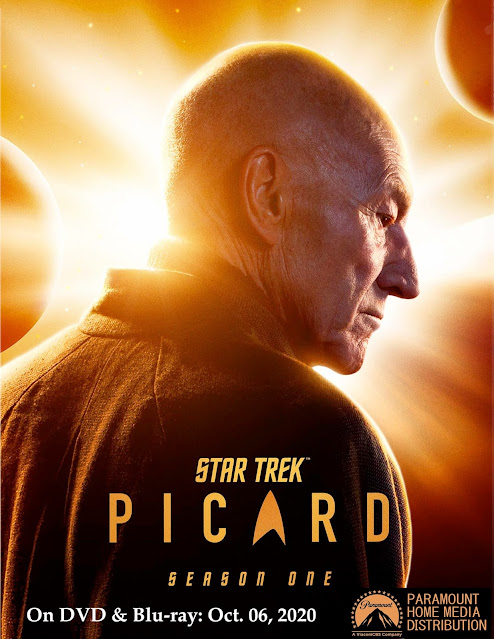 Email ThisBlogThis!Share to TwitterShare to FacebookShare to Pinterest
Labels: Paramount Home Media Beams In DVD And Blu-ray Editions Of Star Trek: Picard - Season One On Oct. 06