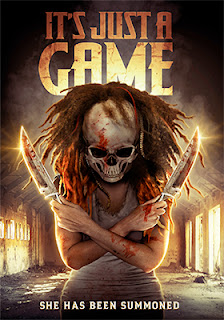 Wild Eye Releasing, with sales and distribution support provided by MVD Entertainment Group, will be bringing writer/director Daniel Emery Taylor’s It’s Just a Game to the DVD marketplace on Oct. 13.

Bored, the four young ladies chat among themselves and hit upon the idea of summoning “Mother Murder” … it’s a game, you know.   Sounds like some goofy fun.   A game, so what could possibly go wrong?

Filmmaker Daniel Emery Taylor (The Hospital, The Hospital 2, Camp Massacre), working with a familiar crew and a smart cast, has assembled a final genre film that certainly belies its tight budget.   Once complete, Taylor worked the festival circuit, with stops at the Bloodstained Indie Film Festival, Hot Springs International Horror Film Festival and Mad Monster Party 2019 … and then Wild Eye Releasing got wind of the positive buzz and picked it up for the home entertainment packaged media market.

Indeed, It’s Just a Game could be among the top must-see indies during this Halloween season as this innocent game of “Mother Murder” becomes a night of carnage. 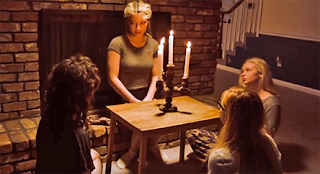 Back to our young ladies, Ruby (Sarah Kopkin) is sort of the leader of the group, with the mousey Brianna (Hannah Cohen-Lawlor) along for the ride.   Take special notice of Brianna, as she will become the focal character as the events of the evening unfold.  She is the type of teen that the high school mean girls love to pick on.

In any case, the silly game begins and before you can say mother-may-I there’s something of a home invasion.  Enter Brother Thaddeus (played by Taylor) and his wandering band of “creative,” impromptu thespians; a performance art theatre group ready to give new meaning to the game of “Mother Murder” (think: band of serial killers). 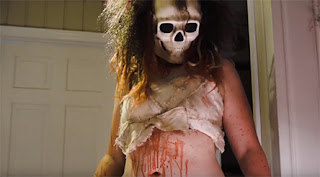 Brother Thaddeus sits back and enjoys the show as his chief enforcers, Sister Amelia (Leah Hudspeth — Driven, Union, Deimosimine) and Brother Marco (Alex Zuko, who previously worked with Hudspeth in Union and Deimosimine) take charge of the proceedings.   Other members in this murderous little group include Skullgirl (Rachel Marshall — Confessions of a Graverobber, In Their Eyes), Sister Daphne (Mallory Ivy), a couple of Pigmen … and of course, Mother Murder (Cassandra Bryson — Confessions of a Graverobber, American Slasher: Part II).

Just a game, huh?   Ask Brianna, that is, if she survives the night!!

Bonus features for the DVD release of It’s Just a Game on Oct. 13 include commentary from writer/director Daniel Emery Taylor. 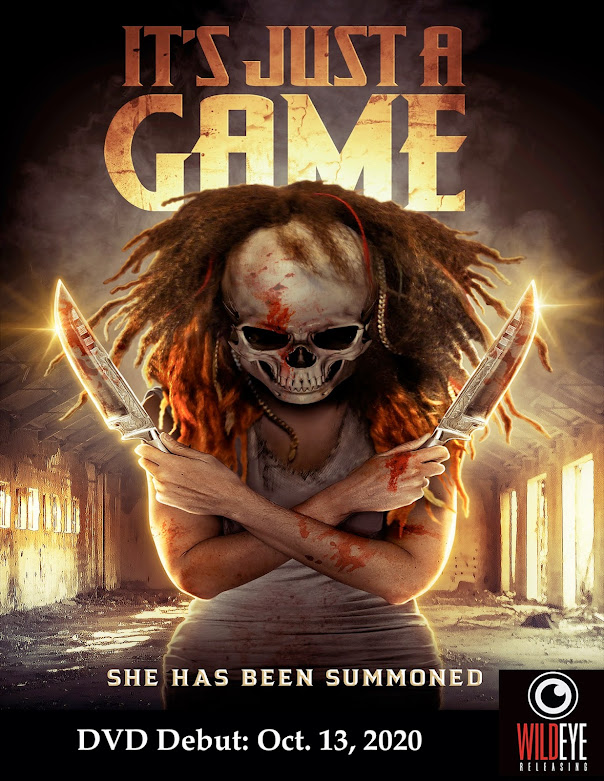