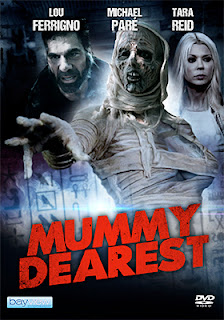 Just in time for the Halloween promotional season, where all the good little ghouls get primed for scares, chills and thrills, comes word this week from Bayview Entertainment that director White Cross’ Mummy Dearest will be available on DVD on Sept. 29.

Scarlett Healy (Jennifer Cozza James) is wheelchair-bound and has a choice.  Well, not much of a choice, she can either fend for herself or move in with her daughter, Autumn (Anna Sherman — The Dorm), who sets rules, including no comments or suggestions about how she is living her life or who she is sleeping with.   Nice digs, though, so move in she does.

It seems that Autumn has found a bargain and with her boyfriend Frank (Mike Valley — Hatchet Jack, Goddess of Love), she has moved into one of those classic “Hollywood Hills” type houses.   A house, as it turns out, with a history.

Scarlett settles in, bites her tongue and tries to make the best of it, but in no time a neighbor by the name of Quinton (Quinton Aaron — The Blind Side) stops by to tell her that the place is haunted.   He also suggests that the last tenants moved in … but never moved out. 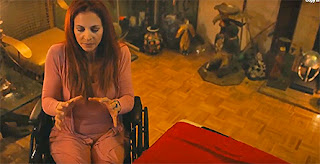 As the story progresses, Scarlett begins to unravel mentally, thinking that she can make connections to the past, people have been murdered in the house … and Frank, it seems, might be the connection.   But remember, Scarlett can’t speak of Frank to Autumn, or out she goes.   The hallucinations quicken, Cleopatra (played by former Playboy Playmate of the Month, Nikki Lee ) appears in a vision and Scarlett sees herself being buried in the backyard as, you guessed it, a mummy.

Also on hand in this tale of creeping madness are the likes of Tara Reid, Michael Paré and Lou Ferrigno. 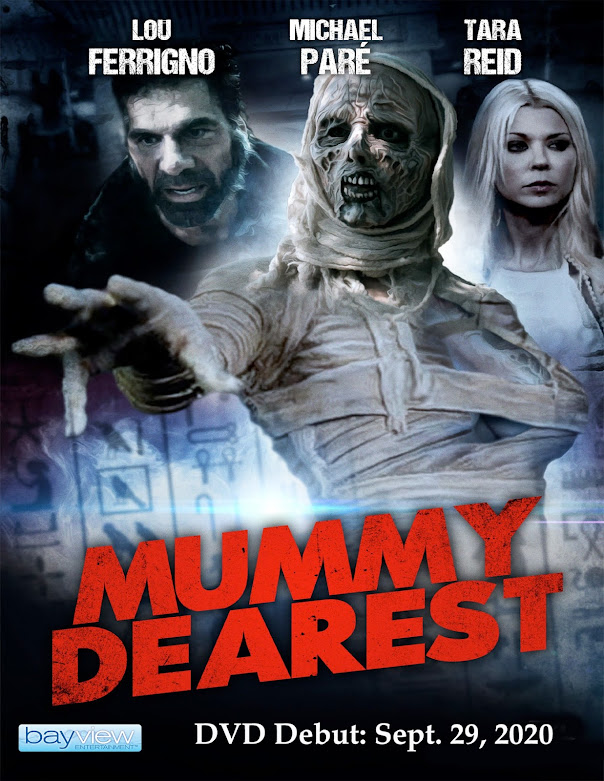