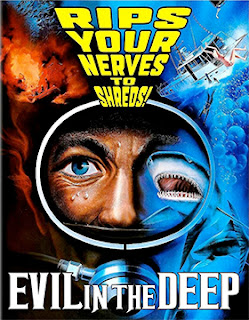 Dark Force Entertainment, with sales and distribution support provided by MVD Entertainment Group, has a new 2K scan from the only known surviving “scope” (Todd-AO widescreen film format) print of director Virginia Stone’s 1974, and later, 1976 treasure-hunting thriller, Evil in the Deep (aka: The Treasure of Jamaica Reef).

This is one of those films that is more about cinematic history than a film for the ages.   Virginia Stone had been a film editor and knew enough about the filmmaking process to try her hand as both a producer and director of an on-location treasure hunt film.  She and her crew would spend something like 14, 15 months diving on the location of an old Spanish galleon that had actually sunk in the area some 200 years earlier.

Stone’s producing partner, J.A.S. McCrombie, had designed a special diving rig that allowed them to shoot with a Todd-AO camera some 200 feet under water.  The sense was that this would be a true-life adventure, they’d dive, search, dive, search … and eventually find the gold.   That’s the film they finished and released on a limited basis in 1974, The Treasure of Jamaica Reef.

It would have passed unnoticed and been lost to history, however two things happened.   The first is a little film from the summer of 1975 called Jaws, you may have heard of it. 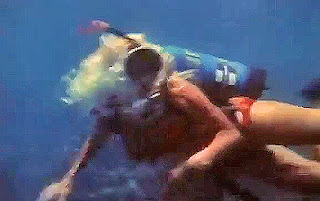 When the Jaws crazed kicked in, Stone and McCrombie saw an opportunity to cash in on all of their hard work.  They had some of the best underwater footage available, beautiful stuff, all they needed was to go back, shoot some shark footage and incorporate that into their original treasure-hunt film and suddenly The Treasure of the Jamaica Reef is back in theatres in August of 1976 as Evil in the Deep!! 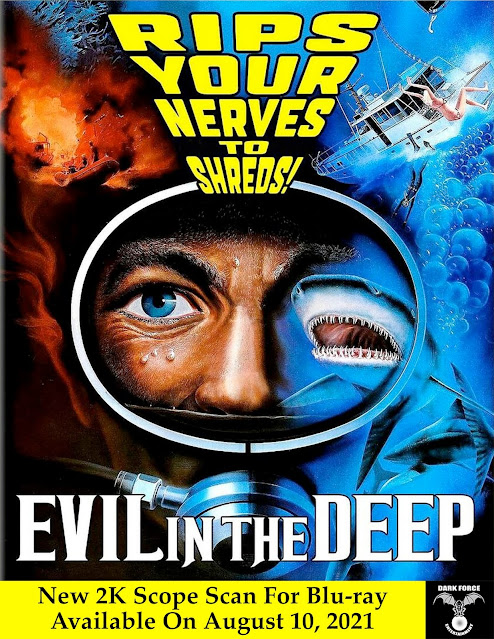