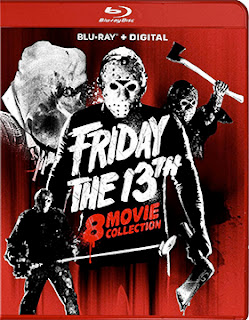 Paramount Home Entertainment announced two separate, and very distinct, collections that will be heading home in the near future.

Arriving on Aug. 10 will be the eight-movie, six-disc Blu-ray collection that is titled Friday the 13th: 8 Movie Collection.  Included here is director Sean S. Cunningham’s 1980 horror gem that started it all, Friday the 13th, starring Betsy Palmer as Mrs. Voorhees.

Steve Miner took over the direction of the two sequels, Friday the 13th Part 2 (1981) and Friday the 13th Part 3 (1982) and the focus shifts from Jason’s dead mother as the killer (thank you, Alice) to Jason himself — who had drowned in Crystal Lake as a child when the camp counselors were fooling around and not watching him. 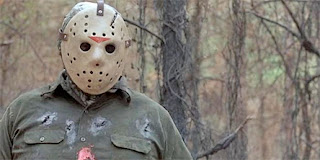 Friday the 13th Part IV: The Final Chapter arrived in theatres in 1984 and signaled the end of the series.   It continues the action from parts two and three, but now Jason gets out of the camp environment when his “dead” body is taken to the morgue to be disposed of … ha, ha, ha, he is not dead; you can’t kill Jason.

And since Jason can’t be killed as long as there are teenagers, neither, as it turns out can you end the series.   Friday the 13th Part V: A New Beginning arrived in 1985 and the series begins again a few years after the events depicted in the first four films. 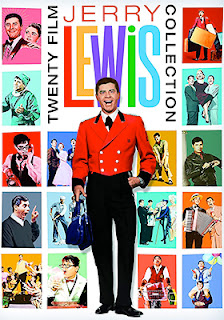 Enough of the slasher movies?   No problem, Paramount Home Entertainment has a 20-film, 15-disc DVD collection ready for delivery on July 20 … and it is loaded with laughs.   This would be the Jerry Lewis Twenty Film Collection.

Included in this collection are: The Nutty Professor, Cinderella, The Bellboy, Scared Stiff, The Disorderly Orderly, The Family Jewels, Artists and Models, The Ladies Man, Sailor Beware, Pardners, The Errand Boy, The Patsy, Living it Up, The Stooge, The Caddy, The Delicate Delinquent, You're Never Too Young, Hollywood or Bust, Jumping Jacks and That's My Boy. 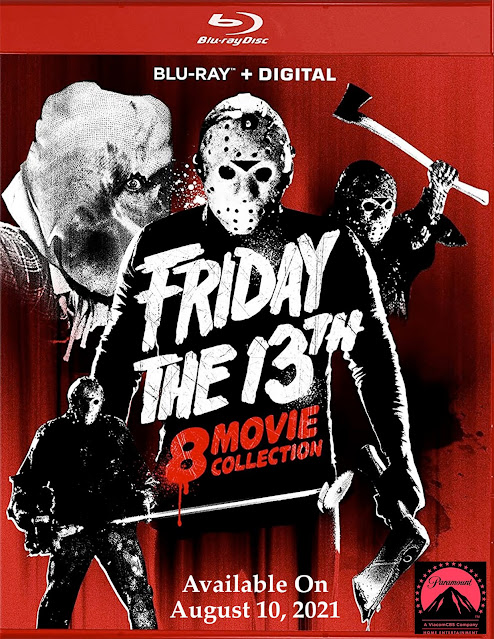 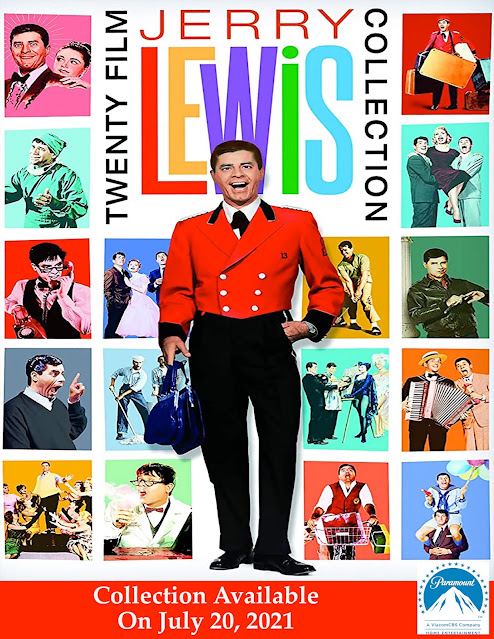