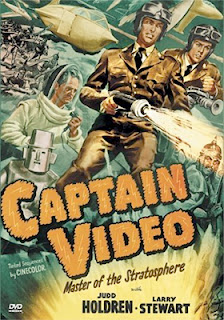 VCI Entertainment announced this past week that a nine-strong slate of long out of print classic theatrical serial adventures will be returning to the DVD collector’s marketplace on Sept. 7.   All nine cliffhangers, which have been out of print for anywhere from 15 to 20 years, will be newly manufactured and not MOD releases.

In alphabetical order the serials returning to print begin with the 1940 12-chapter serial directed by the legendary team of William Witney and John English, Adventures of Red Ryder, starring Don 'Red' Barry as Red Ryder, with Tommy Cook as his young Indian sidekick, Little Beaver.   The land-grabbing murderous villain, Ace Hanlon, is played by Noah Beery.

Next in line returning on Sept. 7 is the 1951 outer space adventure from the directing team of Spencer Gordon Bennet and Wallace Grissell, Captain Video.  This 15-chapter thriller stars Judd Holdren as Captain Video, with Larry Stewart as his sidekick, Ranger, who have to thwart the plans of space villain Vultura (played by Gene Roth), ruler of the planet Atoma, who has now set his sights on conquering Earth!! 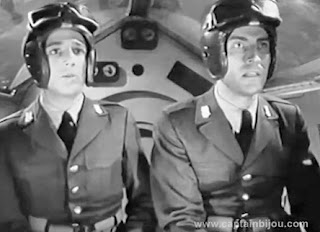 So successful was Captain Video, with newcomer Judd Holdren in the starring role, that he returned the following year in Zombies of the Stratosphere and the year after that in The Lost Planet … and then was Commando Cody in the 1950s television series, Commando Cody: Sky Marshal of the Universe.  Quite the action hero!!

Director James W. Horne’s 1940 15-chapter mystery, The Green Archer, is next in the out-of-print serials being re-issued in early September.   Here we find detective Spike Holland (played by Victor Jory) coming to the aid of Valerie Howett (Iris Meredith), who’s sister, Elaine (Dorothy Fay), has been kidnapped by the ruthless Abel Bellamy (James Craven), the head of jewelry-heist ring that has set up shop in the legendary Garr Castle. 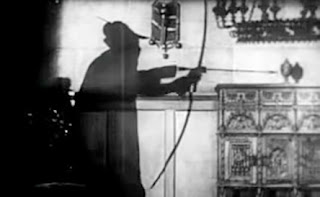 Added to the excitement are ghostly archers, one is simply a henchman for Bellamy, while the other mysterious “green” archer is a mystery man (oh no, you have to catch the chapter play to discover the secret) stalks the halls of the castle and keeps Bellamy from carrying out his dastardly plans.

Rounding out the nine-strong selection of serials being re-issued on Sept. 7 are: Jungle Jim (12-chapter serial, 1937 with Grant Withers and Betty Jane Rhodes), King of the Royal Mounted (12-chapters, 1940 starring Allan “Rocky” Lane), The Last Frontier (a 12-chapter Western from 1932 teaming Lon Chaney Jr. with Dorothy Gulliver and Francis X. Bushman Jr.), both of the Dashiell Hammett inspired Secret Agent X-9 serials (1937 with Scott Kolk and Jean Rogers … and the 1945 remake with Lloyd Bridges) and last, but not least, is White Eagle, a 1941 15-chapter Western serial starring Buck Jones, who would die tragically the following year in the infamous Coconut Grove nightclub blaze in Boston … something like 500 people died in the fire.