Breaking Glass Pictures Says Nov. 26 For the DVD Release of The Falls: A Testament of Love 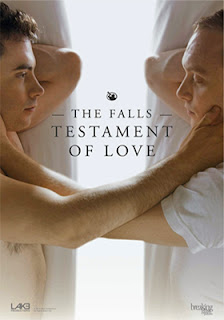 Breaking Glass Pictures announced this past week that writer/director Jon Garcia’s The Falls: A Testament of Love, the much anticipated follow up to his 2012 hit, The Falls, will be making its DVD debut on Nov. 26.

RJ (Nick Ferrucci) and Chris (Ben Farmer), the young Mormons who fell in love while on their mission, are back for this sequel.   In the first film their “coming out” is discovered and the two head home to an uncertain future and plenty of things to explain to their respective families.

It’s now five years later and life goes on, but through a series of unexpected events the two suddenly find themselves back together — older and wiser — but still faced with the same difficult issues of sexual orientation, their faith and the feelings of their friends and families.

Bonus features for the DVD release of The Falls: A Testament of Love include deleted scenes, a photo gallery, interviews with filmmaker Jon Garcia and members of the cast, plus a Q&A session from the film’s world premiere at the Portland Lesbian and Gay Film Festival.

Email ThisBlogThis!Share to TwitterShare to FacebookShare to Pinterest
Labels: Breaking Glass Pictures Says Nov. 26 For the DVD Release of The Falls: A Testament of Love, DVD and Blu-ray Release Report, Writer/Director Jon Garcia