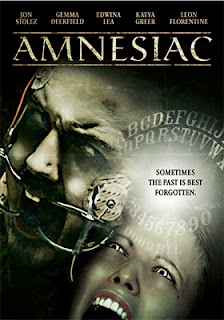 There are some things that are best left to distant memories and the past.   Sadly, Kate Faulkner (Gemma Deerfield — Marvin’s Song, The Kindness of Strangers, Breathe) can’t let the trauma of the tragic death of her child go … and that will be her undoing in director Martin Rutley’s Amnesiac, due out on DVD from Midnight Releasing on Nov. 5.

She is basically going off the deep end, so her sister Bec (Edwina Lea) cuts her a deal in a desperate attempt to get her some professional help.   She’s agrees, with her boyfriend Thom (Leon Florentine) in tow, to participate in some mumbo jumbo with a Ouija Board in the dead child’s room — contacting dead spirits — and in exchange Kate will seek out psychiatric help for her out of control depression.

Now you have to imagine that any reasonable person would cut the exact same deal.   Come on, it’s a Quija Board … a little “yes” and “no” crap, spell out a few meaningless phrases and then it’s off to the doctor’s office and a basketful of prescriptions for some much needed meds.   What could go wrong? 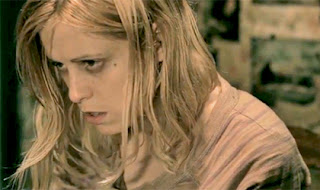 In Amnesiac, plenty!   The sister’s bizarre Quija Board session conjures up a malevolent spirit (played by Jon Stoley) trapped in some hellish afterlife.   With the connection made, it is now possible for “it” to crossover and the trio soon learn that they are faced with an entity known as Wyke Wreake, a 17th Century mass murderer of children! 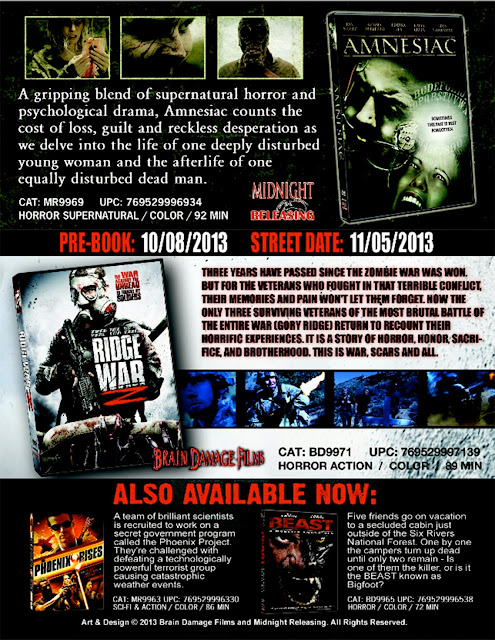