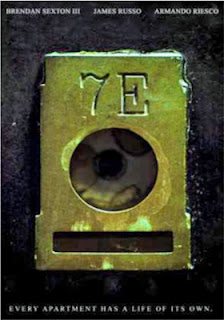 For his debut effort as a director this is one sweet production that belies both the budget and Schenck’s “experience” as a filmmaker.   He’s actually quite the technician having served on both feature films and TV series (The Good Wife, for example) as a location scout and production assistant … he’s learned his craft from getting his hands dirty and logging the hours.

He’s also — it would appear — made some friends along the way.   He’s landed James Russo, Brendan Sexton III and Natasha Lyonne as his leads with veterans John Savage and Armando Riesco in key supporting roles.

At the core of this thriller is Sam (played by James Russo — The Box, Django Unchained, etc. and as Anthony 'Red' Cervelli in the recent Vegas TV series), a New York City apartment dweller who suddenly finds himself involved in the mystery surrounding the strange death — and the creepy going’s on — of a fellow tenant. 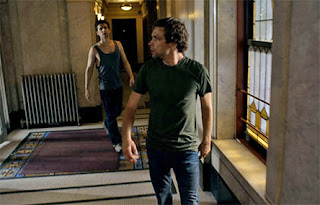 His downstairs neighbor, Clyde (Brendan Sexton III), seems to be at the center of it, but with Schenck’s slick script and nifty miss-directions, you can never be sure if Sam is the man at the bottom of Clyde’s problems … or the target thereof.   It will keep you guessing!