The saga of the Ip Man, Wing Chun master Yip Kai-man, comes to an end on Nov. 12 when Well Go U.S.A. releases both Blu-ray and DVD editions of filmmaker Herman Yau’s Ip Man: The Final Fight.

Presented in Cantonese, with English subtitles, this final film in the series details his life in post-war Hong Kong, a period of much turmoil and world-shaking transitions.  His relationship with his son and apprentice Ip Chun is explored, a series of fantastic set pieces that recall his former glory are staged by filmmaker Herman Yau and a bittersweet ending with thoughts of his protégé, Bruce Lee, are a fitting conclusion to his life story. 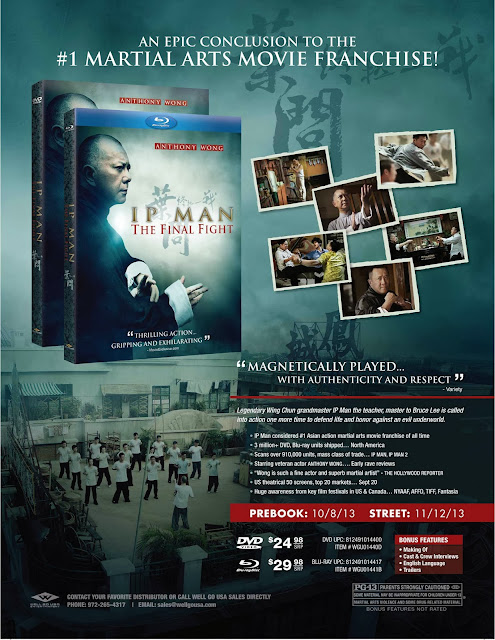