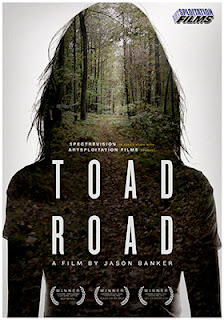 A showcase theatrical break is also planned beginning on Oct. 18 to garner media attention and to raise the already electric buzz levels for this film even higher.

On the surface it appears that James (James Davidson) is just a slacker and a druggie destined for an overdose one day or the headliner in one of those bizarre “News of the Weird” stories — you know, “James, wondering if there was any gasoline left in the seemingly empty gas can, struck a match and took a look inside.”   You can fill in the rest it.
Indeed, James would fit right in with the crew of Jackass … “Hit me in the head as hard as you can and let’s see what happens!”   Sure enough, someone will. 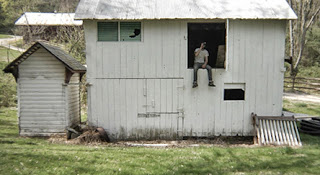 But things get weird — deadly; strangely weird — when Sara (Sara Anne Jones), another member of the slacker community, recruits him to take their use of drugs to the next level by mixing in the adventure of exploring the local legend of  “Toad Road.”

She’s a sweet, attractive young woman, who could be doing more with her life, but this is her big plan of the moment (word is that she actually died of a drug overdose after the film was completed … but we can’t be sure if that is true, or just hype). 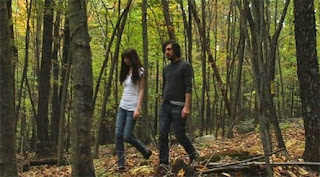 Now the “Toad Road” myth revolves around an old nut house out in the woods whose gates — seven of them — are the only thing that remains and word is that as one passes through each of them strange things will begin to happen.   If you pass through the seventh gate, you’ve actually reached a portal to hell.

Of course it is all a bunch of silly nonsense, but when drugs are involved and the participants in this little trek are both high and bored, anything can happen!