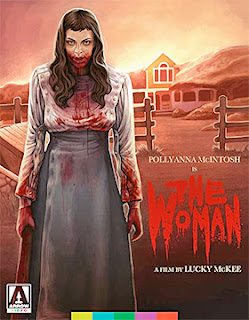 Arrow Video, with domestic sales and distribution expertise provided by MVD Entertainment Group, has a new 4K restoration of writer/director Lucky McKee’s 2011 total creep-out horror flick, The Woman, ready for a Blu-ray push on May 19.

This film made its debut at the Sundance Film Festival in January of 2011 and the buzz was immediate.  Twisted, dark and unrelenting.

The Woman was then marched out like an arthouse film by working the film festival circuit — genre venues like Texas Frightmare Weekend, Fantasia Film Festival, Boston Underground Film Festival and more.

A limited theatrical release followed in October and by January of 2012 it was available on DVD as a “Bloody Disgusting Selects” release.  Now out of print.

Which is worse, a woman (played by Pollyanna McIntosh — as Anne in The Walking Dead television series), who is a known member of a group of cannibals (living wild in the woods) or some nut job by the name of Chris Cleek (Sean Bridges — Room, Sweet Home Alabama) who has captured her and has locked her up in a cage in his basement … and in the process has exposed his entire family to mortal danger. 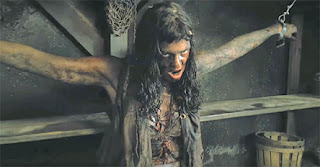 What could possibly go wrong with having a wild woman cannibal in your home?   Doesn’t that question sort of answer itself … plenty, that’s what can go wrong.   The Woman is not for everyone (the squeamish, the faint of heart …) but genre fans are certainly going to flock to this new Blu-ray release from Arrow Video on May 19. 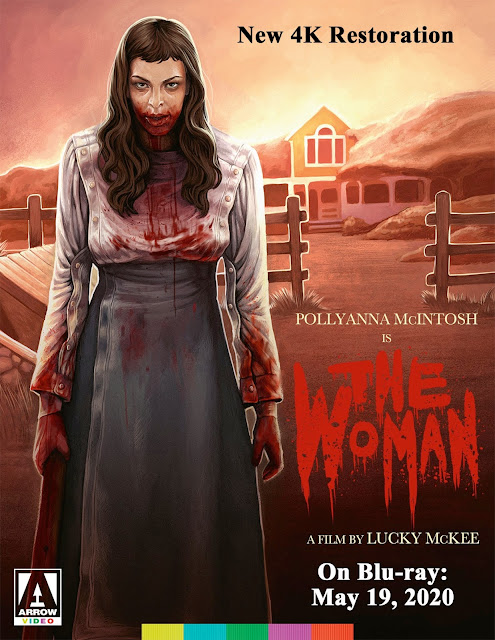