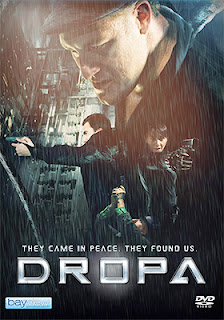 The Cold War, it seems, took a radically different direction is this dystopian tale as the Soviet Union successfully attacked the United States and enslaved what remained.   But there was a weird hitch to the nuclear onslaught, alien beings from antiquity were “hatched,” which were called Dropa and immediately put to work as laborers … this went on for 30 something years, until these creatures unleashed a killer plague upon mankind.

It took five years for the leaders of the “Western Territory” (the old United States) to eradicate the remaining Dropa.   A special unit of killers called The Legion was formed and for all appearances it seems that they were successful in their mission … indeed, five years have passed and things have returned to normal.   “Normal” as things can be in a post-nuclear world run by totalitarians.

It turns out that one of the Dropa has survived (played by Jason Douglas — as Tobin in The Walking Dead series) and is now taking revenge on former members of The Legion.   It falls to Harrison (David Matranga), a retired Legion commander, to track down this alien and be rid of his kind once and for all.

Dropa plays out in one those alternate sci-fi realities.  It blends a noirish mystery thriller in a “future” society (much akin to Blade Runner) that seems every bit as depressing as the thought of alien invaders and viral plagues. 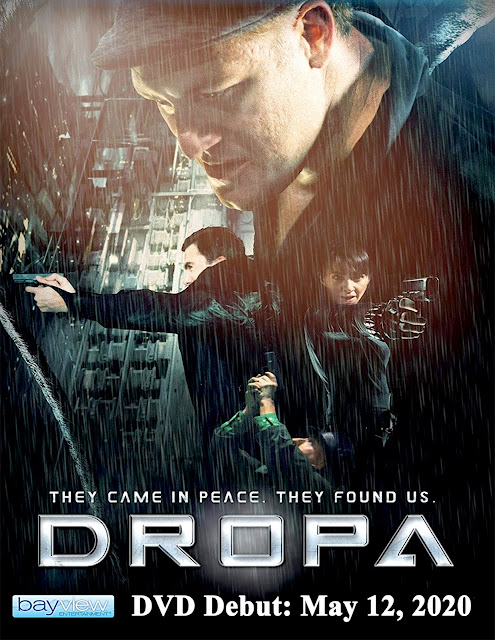