Icarus Films To Release Documentary FIlmmaker Denis Sneguirev’s Marius Petipa: The French Master Of Russian Ballet On DVD On May 12 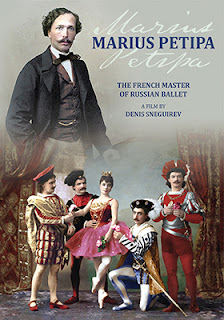 Born in France, he had to learn Spanish and Russian to advance his career.   He was a mid-level professional dancer with a talent for seducing women … and being challenged to duels as a result of his romantic proclivities.   In 1847, at just 29 years of age, he found himself in Russia and everything changed.

On May 12, Icarus Films will be releasing on DVD documentary filmmaker Denis Sneguirev’s Marius Petipa: The French Master of Russian Ballet, a fascinating look at the life of this dancer-turned-choreographer.

110 years after his death, Petipa is regarded as the father of classical ballet.  In 1847 he left Paris with a one-year contact with the St. Petersburg Imperial Theatre … he died in St. Petersburg in 1910, an acclaimed master.   During this period he collaborated with none other than Pyotr Tchaikovsky on the productions of such classics as “The Sleeping Beauty” and “The Nutcracker,” plus an 1895 revival Tchaikovsky’s “Swan Lake.”

Marius Petipa: The French Master of Russian Ballet is presented in a combination of French, Russian, Italian and English, with English subtitles where appropriate. 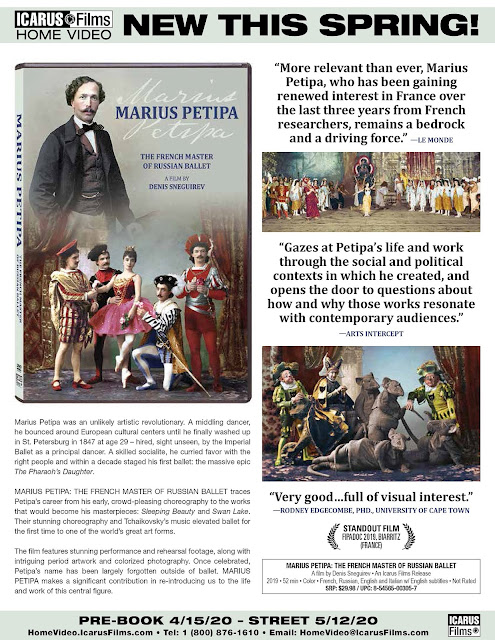